Shahbaz Nadeem was included into the Indian playing XI in place of Ishant Sharma, who has been rested for the ongoing third and final Test against South Africa. 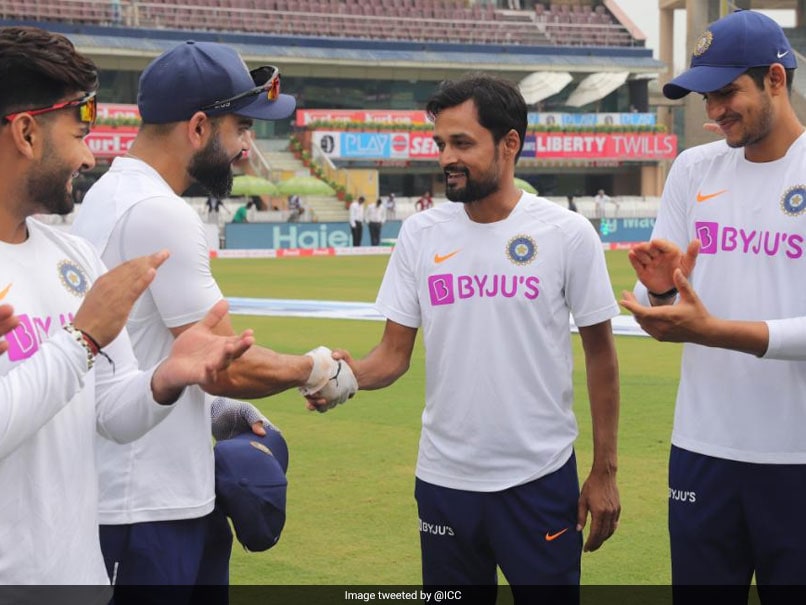 Shahbaz Nadeem was roped in for the final Test in place of injured Kuldeep Yadav.© Twitter

Shahbaz Nadeem, left-arm Jharkhand spinner,  on Saturday became the 296th player to represent India in Test cricket. Nadeem was included into the Indian playing XI in place of Ishant Sharma, who has been rested for the ongoing third and final Test against South Africa at the JSCA International Stadium Complex here. On Friday, he was roped in the India squad as a cover for left-arm chinaman Kuldeep Yadav who suffered a shoulder injury. However, the inclusion of the slow left-arm orthodox bowler comes as a no surprise as he has been a consistent performer in the domestic and India A circuit.

So far, Nadeem has 424 first-class wickets in 110 games. He has also played 64 matches in the Indian Premier League (IPL) in which he scalped 42 wickets.

The 30-year-old has a distinctive record of taking more than 50 wickets across two successive editions of the Ranji Trophy -- 51 and 56 dismissals in 2015-16 and 2016-17 seasons respectively.

He has been a regular part of India A squads, and had good returns in each of his last three series in the longer format, all with India A. He took seven wickets in two matches against England Lions in February. When India A travelled to West Indies in July-August, he played in two of the three first-class fixtures, taking 15 wickets. He performed well against South Africa A at home too last month, with eight wickets in two matches at 16.75.

In October last year, he was named in India's T20I squad for their series against the West Indies. However, he didn't get a chance to play for the national side.

And as India skipper Virat Kohli said at the toss, it's a "dream debut" for Nadeem to get his maiden international opportunity, that too in his home town.