He also retweeted several tweets which suggested the fixing angle: "this game is a joke especially when u see hafeez play a lap sweep with a leg slip in place" and "It must be India's 12th Man.....the Bookmaker!" 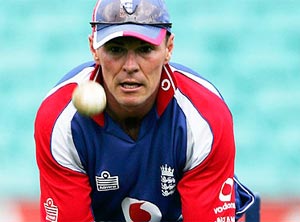 The fixing bug will not go away from India-Pakistan encounters it seems. Former England wicketkeeper Paul Nixon who played 19 ODIs and a solitary T20I for the country has alleged on social media that the Ferozeshah Kotla dead rubber between the arch-rivals was fixed.

His tweets during the last few overs said,"Pakistan throwing this game away eh ! #thereisasurprise 24 from 24 ... Strangely my money is on India $$$$ from here ... Watch this space. Pakistan will just loose last few balls ... #usualstory #dodgey."

There also was suggestive use of hashtags like - #thereisasurprise #dodgey #somethingnotright - in his tweets or retweets.

When one of his twitter followers asked Nixon whether he was alluding that the match had been rigged, the 42-year-old tweeted, "r u watching the game???"

He also retweeted several tweets which suggested the fixing angle: "this game is a joke especially when u see hafeez play a lap sweep with a leg slip in place" and "It must be India's 12th Man.....the Bookmaker!"

There were indications in his tweets that matches are fixed at the opportune time.

In reply to one tweet, he said,"not every game Dave just at the right time ..2-0 up perfect to loose nothing matters !!!!"

When another of Nixon's followers tweeted,"LoL! Predictable Nico after the Pakistanis had won the series," he replied saying,"#Mmmmmm" correct!"

India registered a hard fought victory in the third ODI by beating Pakistan by 10 runs after scoring just 167. Pakistan had already won the series after having beaten India in the first two ODIs comprehensively.

In June 2012, Nixon made a sensational revelation in his book Keeping Quiet - Paul Nixon: The Autobiography that he was offered five million dollars from an Indian bookie named as 'K' to throw a domestic T20 match. As per his book, he had declined the 5 million pound offer then.

Earlier there have also been suggestions that India vs Pakistan semi-final at the 2011 50-over World Cup was fixed but nothing concrete ever came out.

Comments
Topics mentioned in this article
Cricket India Cricket Team Yuvraj Singh MS Dhoni Paul Nixon Sardar Patel Stadium, Motera, Ahmedabad Pakistan Cricket Team India vs Pakistan 2012
Get the latest updates on ICC T20 Worldcup 2022 and CWG 2022 check out the Schedule, Live Score and Medals Tally. Like us on Facebook or follow us on Twitter for more sports updates. You can also download the NDTV Cricket app for Android or iOS.