Pakistan had last won a ODI series in India way back in 2004-05 but skipper Misbah said they were living in the present. 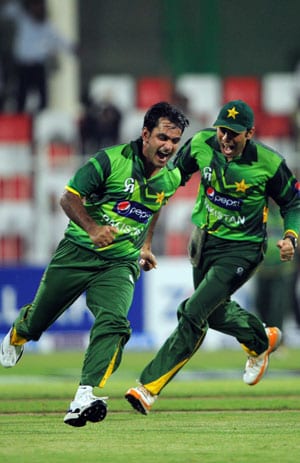 Pakistan's all-win record against India at the Eden Gardens would play a big role as they would look to seal the ODI series on Thursday, skipper Misbah-ul-Haq said.

"We have some good memories as a team. Also our players have done well here. Confidence plays a big role in cricket. If you've good record, it gives more confidence," Misbah said on the eve of their second one-dayer.

Pakistan had last won a ODI series in India way back in 2004-05 but Misbah said they were living in the present.

Misbah is yet to score a century from 107 ODIs but the skipper said it does not bother him as long as he's contributing to the team's cause.

"I don't think so it makes a difference. It's important what the team needs. Winning is more important, if a century comes then it's most welcome."

A vital cog in Pakistan's ODI scheme of things, Shahid Afridi is not part of the side and Misbah said the side wants the all-rounder to return to form and make a comeback.

"There's no doubt he has been a main player of the team for so long, especially in the middle-order. Even we miss him and it's difficult to fill in the void, especially the difference he would do with his bowling giving vital breakthroughs."