They were in positions of strength earlier with the power to select the Indian team and help it's course to find glory. Even now, they have their fair share of suggestions for a vanquished Indian side. 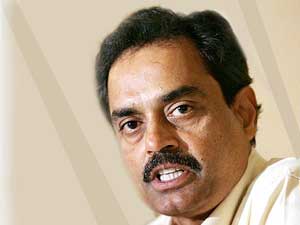 Nothing seems to be going right for Mahendra Singh Dhoni and his men. The disaster started with 0-4 loss to England in 2011 Test series and the losing streak continues even today. The latest blow is the ODI series loss to Pakistan at home with a match to spare.

The latest debacle pointed to India's lack of bench strength, an aspect former India skipper and chief selector Dilip Vengsarkar rued about. Vengsarkar reckoned the revival of National Cricket Academy (NCA) could be the remedy.

"India have failed in every department of the game and there are no better options. It hurts. Making the NCA function as it should can do a world of good for Team India. To get better replacements, we need to improve the facilities at the NCA where the talented players are groomed to compete in top flight under the guidance of experienced coaches," Vengsarkar told MiD DAY on Friday.

Another former national selector, Raja Venkat said it's a transition period and younger players need to be given more time to settle. "After the retirements of Sourav (Ganguly), Rahul (Dravid), (VVS) Laxman and Anil (Kumble), it's hard to fill in their shoes, but players like Cheteshwar Pujara and Virat Kohli have the promise to play for long and so should be given longer ropes to succeed," Venkat said.

He also cited the example of the tour of England in 1996 when India found two young batsmen in Dravid and Ganguly. "Back then, who expected Dravid and Ganguly would go on to play more than 100 Test matches? But eventually they did and Indian cricket rose to dizzy heights during their tenure," Venkat said.

Vengsarkar and Venkat differed on the captaincy issue. The former sees nothing wrong with Dhoni's leadership. "A team is as good as the captain. If the team fails in all departments of the game, what will the captain do? As a matter of fact, Dhoni is the only one who is in form and so should come up the order to play the maximum number of overs in limited overs cricket," Vengsarkar said.

Venkat desperately wants to see a change. "I think a fresh captain can revive the fortunes for Team India.

"Here I would prefer Kohli, who has shown signs of being a good skipper. When Dhoni was asked to lead India, he was also a young man. Despite that, he proved himself and served India for quite a long time. Similarly, now too, we need someone younger to take charge," Venkat said.

According to former Bengal captain and national selector, Sambaran Banerjee (during whose tenure both Dravid and Ganguly made their debuts for India), the Indians lacked in both planning and execution.

"There should be different captains in different formats as Dhoni has too much on his plate," he said. Banerjee also wants Mumbai batsman Ajinkya Rahane to be drafted in the XI in the upcoming ODIs against England. "Rahane should get a look-in and Dhoni should bat at No 4," he signed off.