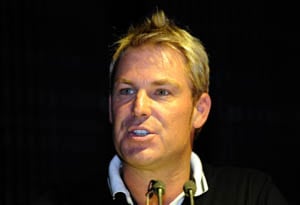 Christchurch-born Fleming said he expected a full house and the Basin Reserve and the cricketing community was keen to help in the wake of the 6.3 magnitude quake that hit the city last week, leaving 240 people feared dead.

Fleming said he was visiting New Zealand's second largest city the day before the February 22 quake and counted himself lucky to have escaped the disaster.

"Watching with horror from afar the next day as places I grew up and played at and shopped at and enjoyed were being destroyed was hard to watch, not to mention all the people suffering," he told the newspaper.

In Australia, a charity rugby union match is planned for March 10 at Brisbane's Ballymore, featuring ex-Wallabies such as Tim Horan and George Gregan against former All Blacks, including Christian Cullen and Frank Bunce.

The Australian radio station that organised the event has reported selling more than 10,000 tickets in 24 hours.

Comments
Topics mentioned in this article
Cricket India vs New Zealand 2012 New Zealand Cricket Team Pakistan Cricket Team Shane Warne
Get the latest updates on India vs South Africa and check out  Schedule, Results and Live Score. Like us on Facebook or follow us on Twitter for more sports updates. You can also download the NDTV Cricket app for Android or iOS.