India vs New Zealand: Sunil Gavaskar Feels Rahul Dravid, Rohit Sharma Will Get Along Well Due To Similar "Temperaments" 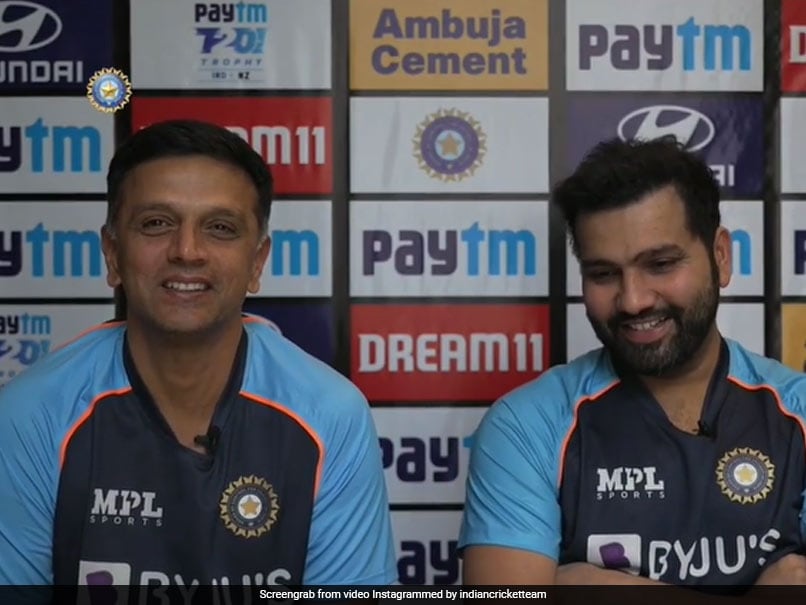 Former India skipper Sunil Gavaskar feels head coach Rahul Dravid and T20I captain Rohit Sharma will get along well because their "temperaments" are quite similar. India and New Zealand will be squaring off in a three-match T20I series, beginning Wednesday in Jaipur. This is the first assignment in charge for head coach Dravid and full-time T20I skipper Rohit. "If you look at both of their temperaments, they are quite similar. Rohit is of a quiet nature just like Rahul Dravid. So I think their bond will be quite good because both of them will understand each other well," said Gavaskar on the Star Sports show Follow The Blues.

"When he used to play we used to think that till Rahul Dravid is at the crease, the Indian batting is safe and strong. This is the reason why I believe that the new responsibility of head coach that falls upon him, he will be able to handle it in a similar way," he added.

Former India opener Gautam Gambhir is "sure" that Dravid will become a very successful coach as he brings a lot of "assurance" with his arrival in the dressing room.

"He's captained the side, his work ethics were unbelievable, really hard working. So, I think he brings a lot on the table," he added.

Rahul Dravid India vs New Zealand 2021 Cricket
Get the latest updates on ICC T20 Worldcup 2022 and CWG 2022 check out the Schedule, Live Score and Medals Tally. Like us on Facebook or follow us on Twitter for more sports updates. You can also download the NDTV Cricket app for Android or iOS.