India vs New Zealand: Virat Kohli will return to lead India in the second Test against top-ranked New Zealand on Friday, posing a welcome selection dilemma for the hosts. 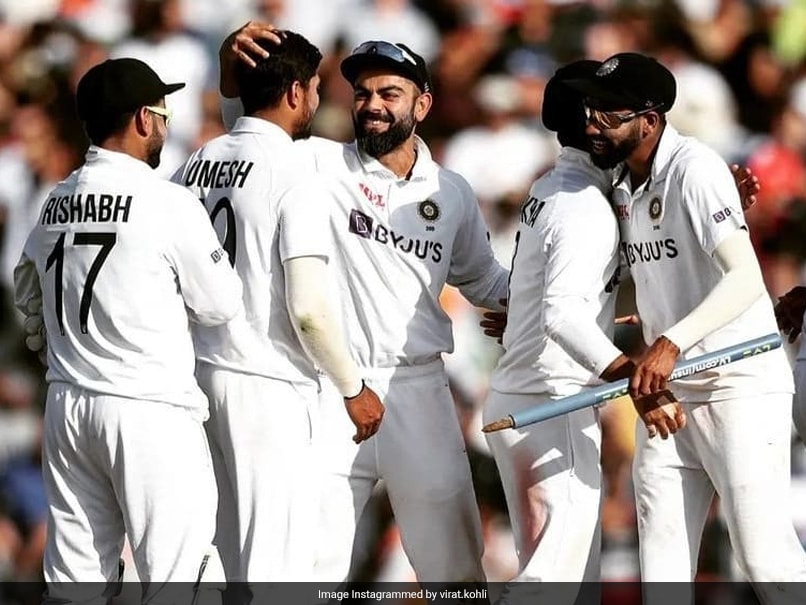 IND vs NZ: Virat Kohli will return to lead India in the second Test match in Mumbai.© Instagram

Virat Kohli will return to lead India in the second Test against top-ranked New Zealand on Friday, posing a welcome selection dilemma for the hosts. The Mumbai clash will mark Kohli's return after he stepped down as Twenty20 captain at the end of the World Cup last month and took a short break. Shreyas Iyer's 105 and 65 in his debut Test, which ended in a draw in Kanpur against the Black Caps, has made it tough for Indian selectors to decide on their final XI. "I think it's a good problem to have," Indian bowling coach Paras Mhambrey said Wednesday.

"We have so much talent -- speaks a lot about the state Indian cricket is in, and with youngsters coming up, we want to give them the opportunity," he added.

"Someone like Shreyas comes in, gets a hundred and follows it up with a fifty, and that's fabulous. But sometimes you also have to go in with combinations that suit that particular wicket," he said.

Ajinkya Rahane, who led India in the first Test of the two-match series, has struggled to score runs and averaged under 20 across 12 matches this year.

Top-order batsman Cheteshwar Pujara has made promising starts but failed to convert them into bigger scores.

"We know that they (Rahane and Pujara) have a lot of experience behind them, they have played enough cricket," said Mhambrey.

"We also know as a team that they are one inning away from coming good, so as a team, we are backing them. We know the value they bring to the team," he added.

New Zealand, the world Test champions after beating India in the title clash in June, denied the hosts a win in an enthralling five days of play in the opening match.

The final pairing of Rachin Ravindra and Ajaz Patel survived in dimming light as gutsy New Zealand held on for a memorable draw.

In Mumbai, Patel returns to his city of birth and where he played lot of cricket before his parents moved to New Zealand.

The 33-year-old spinner said he looked forward to playing at Wankhede Stadium, with many of his relatives watching from the stands.

"Definitely it is emotional," he said.

"I have come to Wankhede and watched a lot of IPL games... and I bowled to Mumbai a few times in their training sessions. It is pretty cool and quite nostalgic," he added.

Patel, who has played 10 Tests for New Zealand since his 2018 debut, said it was the first time his relatives in Mumbai would be able to watch him play in person.

"Even back home my parents still haven't watched me play Test cricket," said the spinner, who claimed three wickets in the first match.

"Hopefully sometime soon they will be able to come and watch me as well," he added.

Virat Kohli Cricket India vs New Zealand 2021
Get the latest updates on ICC Women's Cricket World Cup 2022 and IPL 2022, check out the Schedule , Live Score and IPL Points Table. Like us on Facebook or follow us on Twitter for more sports updates. You can also download the NDTV Cricket app for Android or iOS.