India vs Bangladesh: "Day-Night Test Should Not Be A Regular Scenario", Says Virat Kohli

Virat Kohli said that Day-Night Test can be a one-off thing, it should not be a regular scenario. 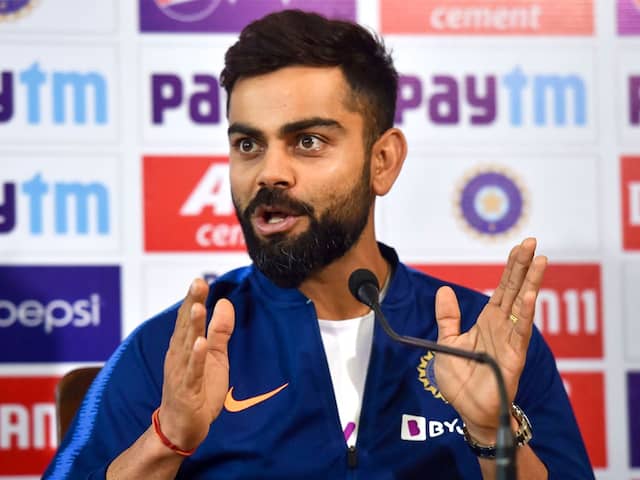 Virat Kohli believes that loving Test cricket is an organic feeling and not something compulsory.© PTI

Day-Night Test can be a "one-off thing but not a regular scenario," India captain Virat Kohli said on Thursday, asserting that beauty of facing a red cherry on a nervy morning shouldn't be compromised for entertainment's sake. India is the last major Test playing nation to play a 'Pink Test' as they embark on a new journey against Bangladesh from Friday. But the Indian captain didn't hide his apprehensions making it clear that "loving Test cricket" should be a choice and not compulsion.

"I think this can be a one-off thing but it should not be a regular scenario. In my opinion, this should not become the only way Test cricket is played. Because then you are losing out on that nervousness of the first session in the morning," Kohli made his stand clear on what he thinks about the latest move.

There is something pristine about Test cricket and it the skipper in no way wants the on-field trials and tribulations faced in white flannels to be compromised one bit.

Kohli believes that loving Test cricket is an organic feeling and not something compulsory.

"If I don't like Test cricket, you can't push me into liking it. If someone gets excitement or boost from watching the battle between bat and ball and great session of Test cricket, in my opinion those are the people that should come and watch Test cricket because they understand what's going on."

India's last series against South Africa witnessed a less than encouraging turn-out and the result was this Day-Night Test as Sourav Ganguly took the initiative up front after becoming the Board president.

"Yes, it's great to create more buzz around Test cricket. The first four days here are sold-out, which is amazing for Test cricket."

"Imagine the boost our bowlers have standing at the mark with some 80,000 (67,000) fans cheering for him. I am expecting very exciting cricket in the first hour because the energy level will be very high. I am sure the fans would enjoy it. It's a landmark Test and we are lucky to be the first Indian team playing it. It's a great honour," he concluded.

"People are not just going to leave work and come to a Test match if they don't know what's going on. They can plan things. I think this can be a one-off thing, it should not be a regular scenario," he maintained.

Virat Kohli India vs Bangladesh Cricket
Get the latest Cricket news, check out the India cricket schedule, Cricket live score . Like us on Facebook or follow us on Twitter for more sports updates. You can also download the NDTV Cricket app for Android or iOS.