"We are happy that it's a sellout for the first three days," Sourav Ganguly said about the second India vs Bangladesh Test to be played at Eden Gardens in Kolkata. 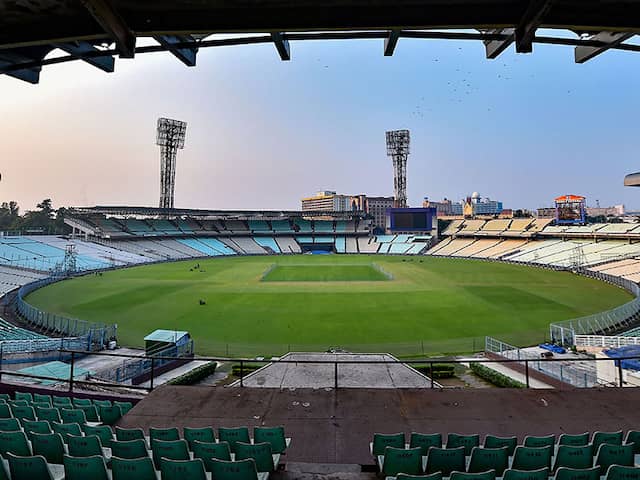 Tickets for the first three days of the day-night Test between India and Bangladesh at the Eden Gardens have been sold out, BCCI President Sourav Ganguly said here on Friday. "We are happy that it's a sellout for the first three days," Ganguly said. The first-ever pink ball Test in India will be played from November 22-26 and ticket demands have been high ever since online sales started. This will be the second Test of the ongoing two-match series in which India are dominating the first match after the first two days in Indore.

"All the sellable tickets were already sold out online. We are now left with limited number of quota tickets. We will only be able to evaluate on November 19 whether they have been taken," Cricket Association of Bengal (CAB) Secretary Avishek Dalmiya said.

As the match draws near, the pink balls have arrived at the Eden Gardens and will now be tried on the 22-yard strip to see how it behaves before the action gets underway.

The iconic venue wants to leave no stones unturned in making the pink ball Test a spectacle. On Friday, as soon as the first set of pink balls arrived here, CAB officials said that they will be tested by the CAB pitch curator.

"Three of them were given to (curator) Sujan Mukherjee. After the wicket is ready in a couple of days, he will test them," CAB joint-secretary Debabrata Das said.

Meanwhile, the national anthem will be played by the Army band before the start of play, Dalmiya said.

He added that there are plans for para troopers to come down from a helicopter and hand over the pink balls to the two captains before the toss on Day 1.

"The initial plan on para troopers... We are still working on it. Nothing has been finalised. But the plan is that they will come down (from a helicopter) and hand over the two balls to the two captains. This will be before the toss," Dalmiya said.

"During Tea, former India captains and other sportspersons will be taken for a ride on carts. During the supper break, we will have the talk show. The ringing of the customary Eden Bell will be done by Bangladesh Prime Minister Sheikh Hasina and West Bengal Chief Minister Mamata Banerjee, as has been decided earlier," Dalmiya said.

During the 40-minute supper break, there will be a talk show featuring Ganguly, Sachin Tendulkar, Rahul Dravid, Anil Kumble and VVS Laxman who will walk down the memory lane, talking about the historic 2001 Test win against Australia at the Eden Gardens.

"This will will be showed on the giant screen. It will be clearly audible to the spectators," Dalmiya said.

After the first day's play, those who played the first Test between India and Bangladesh in 2000 will be felicitated, followed by speeches by the dignitaries including, Sheikh Hasina.