India vs Bangladesh: This Record Went Unnoticed As India Chased Down Bangladesh's Total In 2nd T20I

India chased down Bangladesh's total of 153 with 26 deliveries to spare, to level the T20I series 1-1. 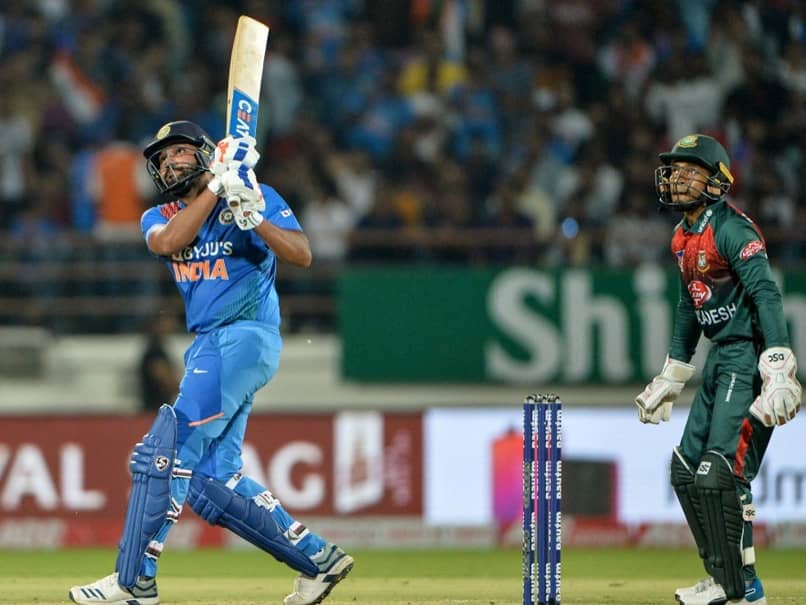 Set a target of 154 in the second T20 International in Rajkot, India comfortably chased down Bangladesh's total with eight wickets and 26 deliveries to spare. Rohit Sharma, who won the toss for India and chose to field first, led the way, blazing a 43-ball 85. With the win, India set the new world record for the maximum number of successful chases in T20Is. This was the 41st time that India won a T20I while chasing, moving ahead of Australia's 40.

Pakistan are next on the list, with 36 wins from 67 matches batting second.

Yuzvendra Chahal starred with the ball for India as they restricted Bangladesh to 153/6. It was the Rohit Sharma show after that, as India's stand-in captain smashed six sixes and as many fours, setting the base for India's win.

Explaining why he opted to field after winning the toss, Rohit said that he knew the pitch will be good to bat on and he wanted to take the dew factor out of equation by bowling first.

"Always know this is a good track to bat on and with dew coming in it will be difficult for the bowlers to grip the ball and we took maximum advantage of that," he said.

India's win means they have levelled the series 1-1, with the decider to be played in Nagpur on Sunday.