Mominul Haque said that their packed Test schedule next year should help them improve as they have not been playing enough of the longest format of the game. 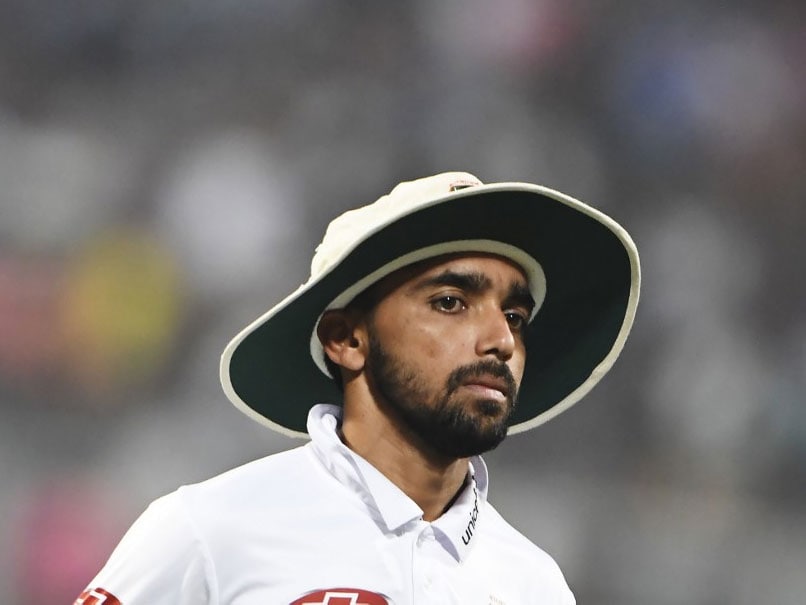 Mominul Haque said that Bangladesh under-performed with both bat and ball against India.© AFP

Their batting frailties fully exposed by Indian pacers in the just-concluded two-match series, Bangladesh captain Mominul Haque on Sunday said they need to work on their mental strength ahead of the long Test season next year. Mominul said the lop-sided series would help them make a better Test playing nation. Bangladesh were no match for India, losing both the Tests by an innings. While they lost the first Test in Indore by an innings and 130 runs, the visitors were crushed by an innings and 46 runs in the first-ever day-night Test at the Eden Gardens in Kolkata.

India's pace trio of Ishant Sharma (9 wickets in the match), Umesh Yadav (8) and Mohammed Shami (2) grabbed all the 19 wickets as Bangladesh were whitewashed 0-2 by India.

"As a team we have not been able to play well be it batting or bowling. There are a lot of areas to improve. If we improve we can give a good account of ourselves next year. We have about 10 Tests lined up in 2020," Mominul said at the post-match press conference.

"You must be aware that we don't play Tests frequently. We will play about 10 Tests next year and hopefully we will put up much improved show.

"We all need to prepare better mentally. Hope we will become mentally stronger and improve day by day. We will need some time. The message to young batsmen is to learn well from this series and results will come in future," he added.

Be it with the pink ball here or the traditional red ball in Indore, both the Tests got over inside three days.

The decision to play their maiden pink ball Test was taken three days prior to their departure for the tour, but Mominul is no mood to give any excuses for the poor show. "There is no point to give an excuse. Losers give excuses. As a team we have not been able to put up a good show. We batted poorly. There are a lot to learn from this series. Struggle makes one perfect. It's about learning rather than feeling disappointed," he said.

Asked whether Bangladesh Cricket Board's decision to agree for the day-night Test was wrong, he said: "The decision wasn't wrong. We may have failed but we had to start somewhere.

"We could learn from this series. India also were new to pink ball. Maybe we could have some practice matches but that's the way it is."

Mominul had a woeful run with the bat in the series with scores of 37 and 7 at Indore, while he made a king pair here.

"I don't think much about my individual performance. I think about the team and it's disappointing with the way we have played. Maybe I'm struggling but I will improve soon," he said.

"Everyone missed him (Tamim) but it was also a big opportunity for us and we could not make it count," he added.

Asked about his assessment of the pink ball, he said: "Batting is difficult with the new ball. It becomes easy after the dew starts falling in."

Mominul Haque Cricket
Get the latest updates on IPL 2021, check out the IPL 2021 Schedule and Indian Premier League Live Score . Like us on Facebook or follow us on Twitter for more sports updates. You can also download the NDTV Cricket app for Android or iOS.