India vs Bangladesh: Michael Vaughan has been on the receiving end of a lot of flak from Indian cricket fans but reaction to his current tweet has surprised the former England skipper. 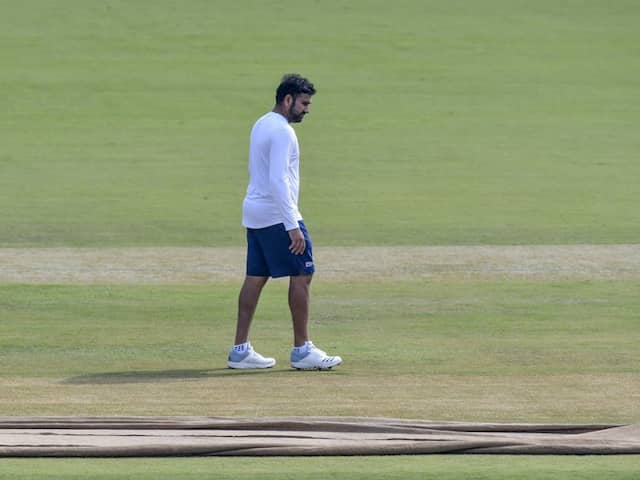 India vs Bangladesh: Michael Vaughan praised the Indore pitch but still some fans decided to troll him.© AFP

Former England captain Michael Vaughan has time and again ruffled the feathers of Indian fans with his tweets. The Englishman had faced flak after his comments on Indian pitches during the Test series against South Africa. On Thursday, however, Vaughan praised the Indore pitch, calling it a "belter". Some fans, though, still decided to troll the former England cricketer with one Twitter user going to the extent of telling Vaughan to "expand your mind". Vaughan shot back at the fan, calling his "white mans pitch" tweet "strange".

This Test Match pitch in India is a belter .... #Justsaying #INDvBAN

The pitch had a green look to it and India skipper admitted he would have bowled had he won the toss.

"Runs on offer. It's a little grassy but there will still be some carry for the bowlers. There's some deceptive dampness due to the onset of winter, but as the days go on, we won't see much of it. I think India will still want to bat first," former India captain Sunil Gavaskar had said while doing the pitch report.

Bangladesh skipper Mominul Haque won the toss and elected to bat first in the opening Test against India in Indore on Thursday.

Mominul, who was appointed Test captain in place of Shakib, said it was honour to lead the side in the two-match series.

"Hard deck, so batting first. May break in the fourth innings though," Mominul said at the toss.

"Honour for captaining Bangladesh, only a very few people get it. We have seven batters and four bowlers," he added.

India made one change from their last Test outing in a 3-0 sweep against South Africa as Shahbaz Nadeem made way for pacer Ishant Sharma.

"It has a bit of grass. Historically, Indore's been a bit spicy on day one, so we would've bowled first to be honest," said India captain Virat Kohli.

"We have three pacers, so ideal for them, who are in top form. We assume day two onwards it will be a beautiful track to bat on."

Kohli's decision to go with three pacers paid off as all three struck early to leave Bangladesh on the back foot. The visitors were 63 for three at lunch, having lost both their openers Shadman Islam and Imrul Kayes to Ishant Sharma and Umesh Yadav, respectively, while Mohammed Shami accounted for Mohammad Mithun.