India vs Bangladesh: "You Asked For It, You Got It": Mayank Agarwal Responds To Virat Kohli's Call For Double Hundred. Watch

Mayank Agarwal brought up his second double century in Tests with a huge six over long-on. 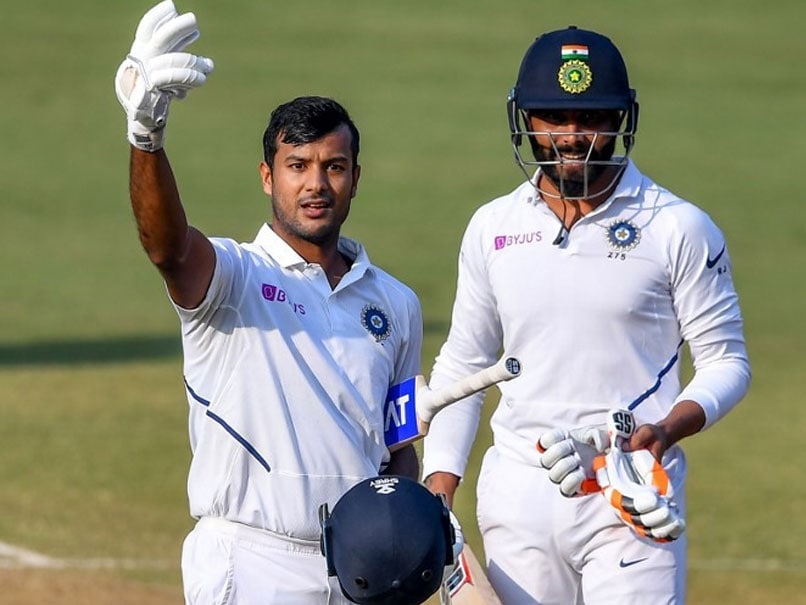 Mayank Agarwal brought up his second double century in Tests in the series opener against Bangladesh in Indore on Friday. Mayank Agarwal, after reaching the milestone, made a gesture towards the dressing room suggesting to India skipper Virat Kohli that he has done what the captain asked him to do (convert his hundred into a double century) when Agarwal reached the three-figure mark. In the post-Lunch session on Day 2, when Agarwal was celebrating his third Test century, Virat Kohli from the dressing room, made a gesture to his opener to go for a double hundred.

Indian Cricket Team's official Instagram account posted a video of Mayank's celebration. "You asked for it you got it. Skipper asking for more 300 possible?" the caption read.

You asked for it you got it Skipper asking for more 300 possible? #TeamIndia #INDvBAN @paytm

In a bid to accelerate, the 28-year-old perished while going for a six over square leg. Mehidy Hasan picked up the crucial wicket for Bangladesh as Abu Jayed completed a well-judged catch in the deep.

In the match, India were in control of the proceedings from the word go. The hosts had bundled out Bangladesh for 150 in the first innings on the opening day of the Test match.

Bangladesh were in the game initially on Day 2 when they broke the 91-run stand between Mayank Agarwal and Cheteshwar Pujara by removing the latter for 54.

A couple of overs later, Virat Kohli was trapped in front of the stumps for a second-ball duck. India's vice-captain, Ajinkya Rahane then joined Mayank Agarwal in the middle and took India's lead past 150.