India vs Bangladesh: Khaleel Ahmed was mercilessly trolledon Twitter and was criticised for conceding seven consecutive boundaries against a ninth-ranked Bangladesh side. 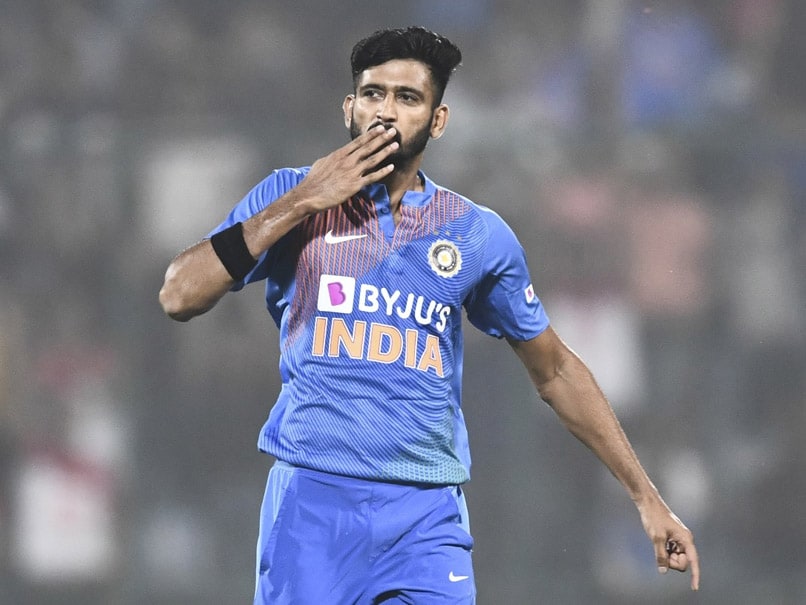 Khaleel Ahmed failed to hold the fort for Team India in absence of premier pacers Jasprit Bumrah and Mohammed Shami as he conceded aplenty of runs in the first and second Twenty20 Internationals (T20Is) against Bangladesh. Khaleel Ahmed was mercilessly trolled on Twitter and was criticised for conceding seven consecutive boundaries against a ninth-ranked Bangladesh side. After conceding four boundaries in the Delhi T20I, Khaleel Ahmed started from where he left, as he went on to be hit for three more in the Rajkot clash.

Fans were unhappy with his effort and made a mockery of the fast bowler for his poor shows.

Check out a few hilarious reactions from fans here:

Rohit Sharma to Khaleel Ahmed after every over. #INDvBAN pic.twitter.com/Jvmgoe5Qix

Khaleel Ahmed reminds that indians should do pooja to bumrah's statue three times per day at best..

I don't think any other captain would have backed khaleel Ahmed after his performance in first match except Rohit Sharma. #INDvBAN

Me when Khaleel Ahmed bowls a dot ball :#INDvBAN pic.twitter.com/wwphSzf2Ik

will unfollow @imVkohli on this platform if Khaleel Ahmed is even considered for World T20 in Australia next year..

Khaleel ahmed is describing his condition when he played in IPL and when he is playing for India #INDvBAN pic.twitter.com/vJJAtL2ZQZ

Khaleel Ahmed spearheaded India's pace attack in the first-two T20Is. He returned figures of 1/37 in Delhi and gave away 44 runs in the second match in Rajkot.

It remains interesting to see if Rohit Sharma considers him for the third and final T20I after his consecutive poor shows with the ball. Shardul Thakur is the other fast bowling option in India's T20I squad for the ongoing Bangladesh series.

India beat Bangladesh comprehensively by eight wickets in the second T20I with Rohit Sharma playing a blitzkrieg knock of 85 runs from 43 deliveries.

The T20I series is currently level at 1-1 with the final match slated to take place on Sunday in Nagpur.

Bangladesh Cricket Team India vs Bangladesh Khaleel Ahmed Cricket
Get the latest updates on Fifa Worldcup 2022 and check out  Fifa World Cup Schedule, Stats and Live Cricket Score. Like us on Facebook or follow us on Twitter for more sports updates. You can also download the NDTV Cricket app for Android or iOS.