India vs Bangladesh: Mominul Haque said that being captain will not bring any change to his batting style. 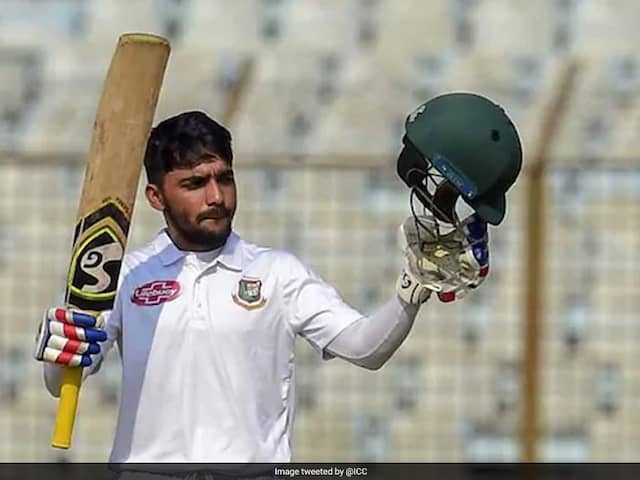 As India and Bangladesh get ready to face each other in a two-match Test series, skipper Mominul Haque on Wednesday said that being the captain of the side will make him more responsible and will help him improve his cricketing knowledge. "I do not think, being the captain will change my batting style. I will apply the same composure I did earlier and will bat in the same manner. Being a captain will help me become more responsible and it will further improve my cricketing knowledge. As a captain, it is a good opportunity for me to showcase my skills. It will be all about adjusting the mental aspect of the game," Mominul told reporters.

Before the tour of India, Bangladesh lost the services of two key players-- Shakib Al Hasan and Tamim Iqbal.

While Tamim opted out of the tour due to personal reasons, Shakib was handed a two-year ban, with one year being suspended for not reporting a match-fixing offer to International Cricket Council's (ICC) Anti-Corruption Unit (ACU).

The two-match Test series also comprises of a day-night Test slated to be played at Eden Gardens in Kolkata from November 22-26. The Bangladesh skipper revealed that the side has not practised with the pink ball ever since coming to India.

The 28-year-old also said that playing a full-fledged Test series against India will provide the visitors with a good opportunity to showcase their skills.

He also said that the team management has not decided on what the team composition would be for the first Test at Indore.

"Playing a full-fledged Test series against India will provide us with a good opportunity. We all are excited for the challenge that awaits us. We will try to play good cricket. The team management has not decided yet, so I do not know what the composition of our side will be for the first Test. I think it would be a good wicket for batting," Mominul said.

India and Bangladesh will take on each other in the first Test at Holkar Stadium in Indore from November 14-18.

Mominul Haque Holkar Cricket Stadium, Indore India vs Bangladesh Cricket India vs Bangladesh, 1st Test
Get the latest Cricket news, check out the India cricket schedule, Cricket live score . Like us on Facebook or follow us on Twitter for more sports updates. You can also download the NDTV Cricket app for Android or iOS.