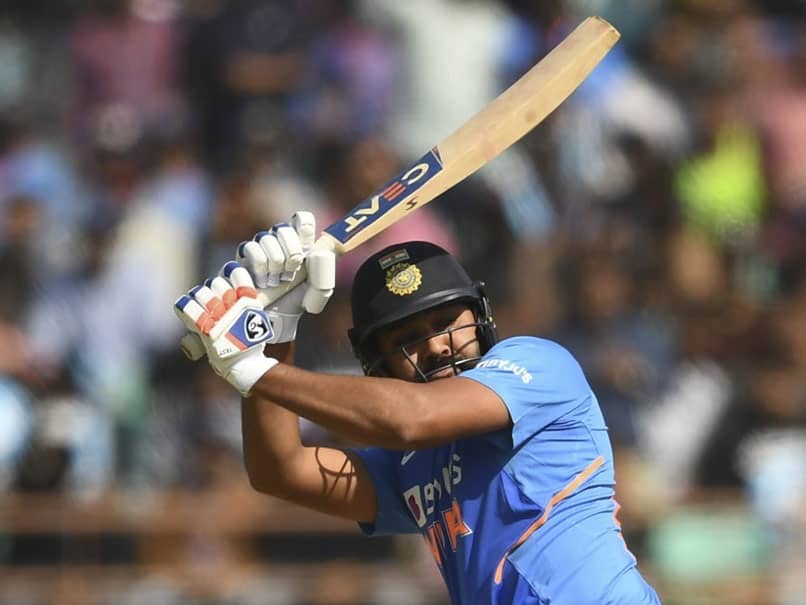 Rohit Sharma scored 42 in the second ODI between India and Australia.© AFP

Rohit Sharma on Friday became the fastest batsman to score 7,000 ODI runs as opener, leaving behind Hashim Amla and Sachin Tendulkar. Rohit achieved the feat during the second ODI against Australia at the Saurashtra Cricket Association Stadium in Rajkot against Australia. While Rohit took 137 innings to reach the milestone, Amla, who now stands at the second spot, had achieved the feat in 147 innings. Tendulkar had completed 7,000 ODI runs in 160 innings. Rohit also became the fourth Indian opener to complete 7,000 ODI runs. Tendulkar, Sourav Ganguly and Virender Sehwag are the three other batsmen to have reached this milestone.

The 32-year-old, who had failed to score much during India's thrashing in Mumbai, looked to be in fine form in Rajkot before he was dismissed by Adam Zampa after scoring 42 off 44 deliveries.

The Mumbaikar missed out on completing another record as he fell four runs short of reaching 9,000 runs in ODIs. Even though Rohit started as a middle-order batsman in the Indian team, then skipper Mahendra Singh Dhoni promoted him to the top during the 2013 Champions Trophy.

There has been no looking back for Rohit since and commenting on Dhoni's move, the batsman had said: "I believe the decision to open in ODIs changed my career and it was a decision taken by Dhoni. I became a better batsman after that. In fact it helped me understand my game better, react better according to situations.

"He (Dhoni) just came up to me and said 'I want you to open the innings as I am confident that you will do well. Since you can play both cut and pull shot well, you have the qualities to succeed as an opener'."