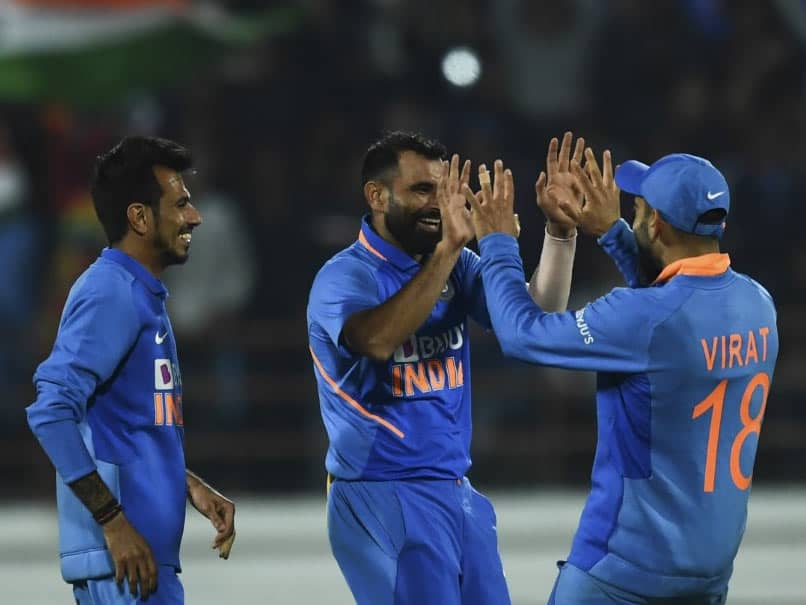 India defeated Australia by 36 runs in the second One-Day International (ODI) in Rajkot to level the three-match series 1-1 on Friday. Mohammed Shami picked up three wickets while Navdeep Saini, Kuldeep Yadav and Ravindra Jadeja chipped in with two wickets each. India, having being put in to bat, had posted an imposing total of 340 for six in their quota of 50 overs. Shikhar Dhawan top-scored with a knock of 96 while India captain Virat Kohli and KL Rahul also scored half-centuries. In reply, Steve Smith stood out with a fluent knock of 98 before he chopped one onto his stumps off Kuldeep Yadav. Marnus Labuschagne, playing his first innings in the ODI format, looked good during his stay at the crease. Labuschagne scored 46 but after he was dismissed by Ravindra Jadeja, Australia kept losing wickets at regular intervals and eventually fell short of the target by 36 runs. With the series level at 1-1, both teams will lock horns in the decider that will be played in Bengaluru on Sunday. (SCORECARD)