Gautam Gambhir made no bones about who he thought was a "far better" white-ball batsman from among Virat Kohli and Steve Smith. 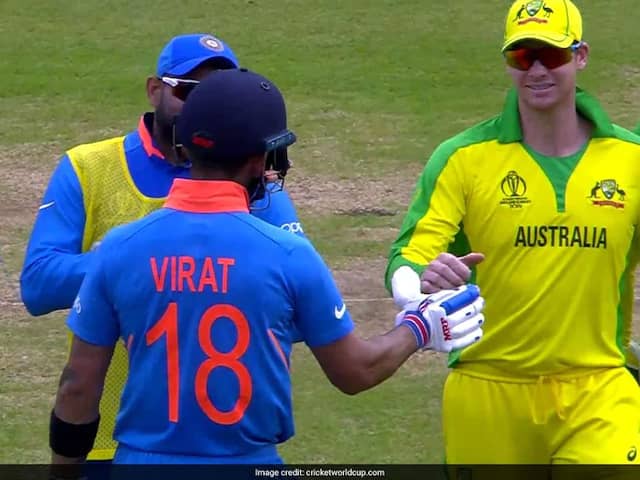 The debate of who is better between Virat Kohli and Steve Smith has been raging on for quite some time now. While some have been brave enough in choosing one of the two, others have adopted a more cautious, sit-on-the-fence approach. Gautam Gambhir, though, made no bones about who he thought was better of the two in white-ball cricket. The former India opener feels Virat Kohli is streets ahead of Steve Smith when it comes to white-ball cricket. Arguably, two of the best of their generation, Kohli and Smith will come to face to face when India host Australia in first of the three-match One-day International (ODI) series at the Wankhede Stadium in Mumbai on Tuesday.

Speaking on a show on Star Sports, Gambhir said there was "no comparison" between Kohli and Smith in white-ball cricket.

"I would actually want to see what spot Smith bats in. Are they going to push him at No.4 or would have him bat at 3 and send (Marnus) Labuschagne at No.4."

Virat Kohli is currently the top-ranked batsman in ODIs ahead of teammate Rohit Sharma. Steve Smith, who spent a year away from the game after his ball-tampering ban, is currently in joint 27th place in the ICC ODI rankings.

The Indian skipper has been head and shoulders ahead of contemporaries in ODI cricket, amassing 11,609 runs in 242 matches at an average of 59.84. He has a whopping 43 centuries to his name along with 55 half-centuries.