Changes to our Test side helped in series win, says Mahendra Singh Dhoni

MS Dhoni credited the entire team for the victorious effort after a troubled couple of years for the team in Test cricket. 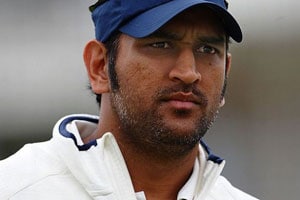 A hard-fought battle at the Feroz Shah Kotla saw India win the fourth and final Test by 6 wickets to inflict a 4-0 series whitewash against Australia. A jubilant India skipper MS Dhoni was happy with the changes selectors made to the team for the last two Tests. "It was an important series for us. It was a good thing that there were a few changes to the side. There were some brilliant individual performances as well. R Ashwin, Murali Vijay, Shikhar Dhawan and Ravindra Jadeja did very well. We batted second always and we all know how difficult it is to bat fourth in India," he said.

Dhoni credited the entire team for the victorious effort after a troubled couple of years for the team in Test cricket. "Credit goes to the support staff. The last 1 or 2 years has not been great for us in Tests. They showed a lot of character. It's the end of the season for us now. We get some time off national duties before the Champions Trophy (in June)," he added.

Interestingly, local boy Ishant Sharma was seen smiling when Dhoni said this, "Ishant was a bit angry that the crowd here wanted Virat to get out because they wanted to see Sachin to come out. The crowd everywhere has been fantastic and they came out to support us well."

Captaining the visitors for the first time, Shane Watson was disgruntled after the loss on the third day. "It was a hardcore Test match. We certainly gave everything we had. Things did not go exactly how we wanted to but credit to the guys. We thought that a 150-200 run target on that wicket was a tough one. We did not bowl exactly where we wanted to," Watson said in the post-match presentation.

Watson also said that his team will learn from the mauling received in India as his is a young and inexperienced side.

"The wickets have been very different to the ones at home. Our team is learning and we hope to continue to do so. We were looked after very well in India right throughout the tour. It is more enjoyable if you are winning. It's a pleasure to come here and play," Watson concluded.

After being named Man of the Match for his 43 runs in first innings and 7 wickets in the match, all-rounder Ravindra Jadeja said: "The wicket was helping the spinners. I just wanted to do well and am glad that I did. Unfortunately, I did not get many runs but I bowled very well in this series. I just tried to bowl in the right areas. I played my natural shots. I was happy with the way I batted yesterday (Saturday). Ashwin bowled very well throughout the series. We are bowling in partnerships and we hope to continue in the same way."

For his 29 wickets in the series, leading off-spinner Ashwin said, "Everything went pretty well. I had to do some changes after the England series. My delivery stride was too long. It went haywire during the course of the England series. I was lucky to have a coach who identified it quickly. Credit also to Duncan Fletcher and Joe Dawes. I needed a kick on the backside and I got one. It was quite a tricky wicket. I think Pujara deserves a lot of credit today. He played a fantastic innings. I thought Jadeja deserved the Man of the Match today. It was a superb second spell from him. He knows what he's doing and troubled a lot of the frontline Aussie batsmen."

Comments
Topics mentioned in this article
Cricket Australia Cricket Team India Cricket Team MS Dhoni Cheteshwar Pujara Ravindra Jadeja Ravichandran Ashwin Murali Vijay India vs Australia 2013
Get the latest updates on SA vs IND 2021-22, check out the Schedule and Live Score . Like us on Facebook or follow us on Twitter for more sports updates. You can also download the NDTV Cricket app for Android or iOS.