West Indies abandoned India tour with another one-dayer, a Twenty20 international and three test matches left to play over a protracted payment dispute between the players and their board. 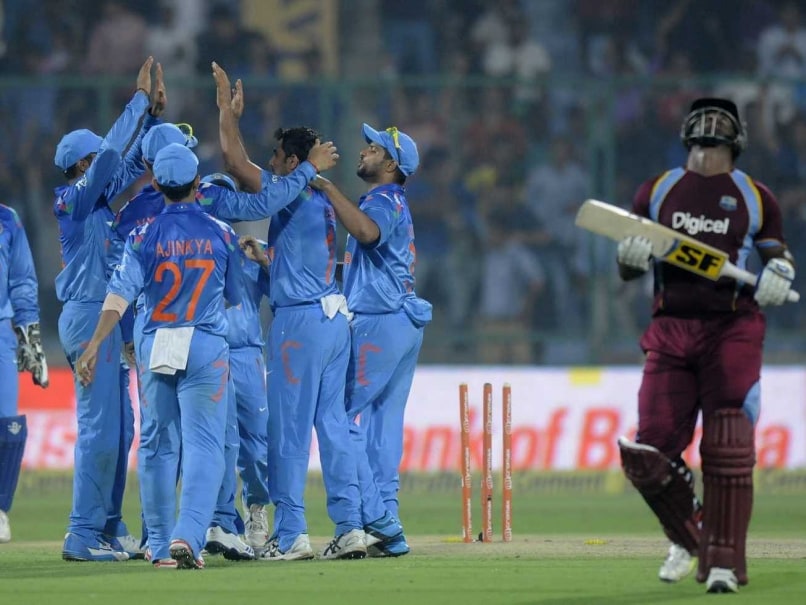 India and West Indies in action during ODI series.© NDTV

India may scrap their tour of West Indies in 2016 after the Caribbean team's abrupt pullout on Friday, said an angry Indian cricket board (BCCI) which is also considering legal actions and seeking intervention of the game's world governing body. (A List of Abandoned Cricket Tours)

The tourists abandoned the series with another one-dayer, a Twenty20 international and three test matches left to play over a protracted payment dispute between the players and their board. (West Indies cricket will suffer for pulling out of India tour: Gavaskar)

The West Indies Cricket Board (WICB) said it had been left with no choice but to abandon the tour of India, an action that angered the world's richest cricket body, who swiftly roped in Sri Lanka as replacements to play a five-match ODI series next month. (WICB slams Dwayne Bravo)

"It will be very difficult to play West Indies in bilateral series in future. They have to demonstrate the willingness that such situations never happen again," BCCI secretary Sanjay Patel told Reuters on Saturday.

"I would say that India's next tour of West Indies is highly unlikely to go ahead in the current situation."

The Indian cricket team is scheduled to tour the Caribbean for three tests, five ODIs and a Twenty20 match early in 2016.

"Whatever the dispute, they should have honoured the bilateral agreement," Patel said.

"We thank our friends Sri Lanka who agreed to the tour on a short notice but unfortunately we couldn't fit in the tests as there was not enough time."

The BCCI was considering legal actions against WICB and has called an emergent working committee meeting on Tuesday to discuss the issue, Patel said.

"We have suffered huge losses and the ICC is our parent body and we are going to ask them to ensure that this never happens in the future," Patel added.

The ICC is headed by Indian industrialist N. Srinivasan, often described as the most powerful man in the sport.

Confusion reigned on Friday as the WICB issued a statement denying it had withdrawn the team after the BCCI announced that the visitors would fly home after Friday's one-dayer in Dharamsala.

The West Indies board later apologised to its Indian counterpart as well as sponsors, broadcasters and fans in a statement. It said it had offered to provide a replacement team but India had declined that offer.

The WICB said it had spoken to team management and been informed that "the players have taken a decision to withdraw their services for the remainder of the tour of India."

The WICB and West Indies Players' Association signed a new agreement last month covering pay and conditions but it was rejected by the senior players, including one-day captain Dwayne Bravo who said they were kept in the dark.

The players subsequently issued a strike threat but eventually took to the field and were playing the match when the BCCI announced an abrupt end to the tour.

The WICB is to hold an emergency meeting on Tuesday to "conduct a thorough assessment of all the ramifications of the premature end to the tour" and decide what action if any should be taken.