WTC Final: Former India batting coach Sanjay Bangar believes that Indian skipper Virat Kohli will look ahead to end his century drought in Test cricket, which has lasted since November 2019. 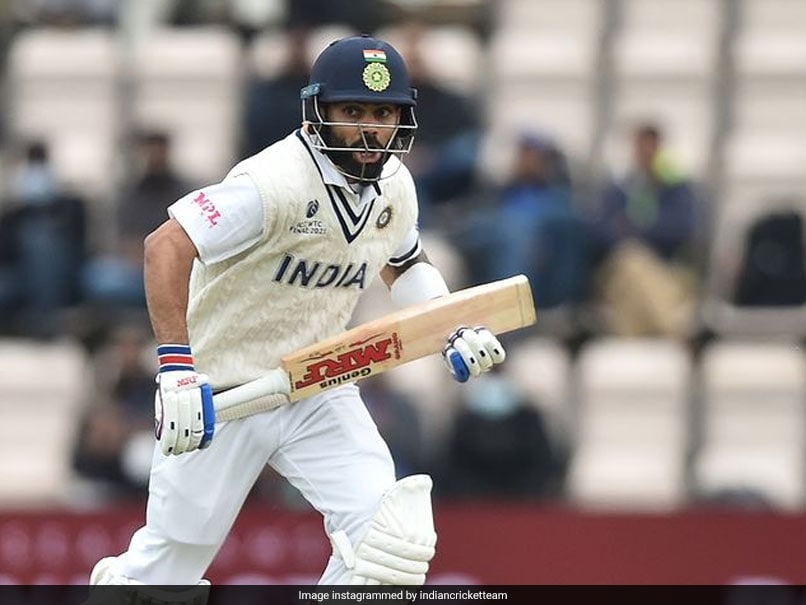 Former Team India batting coach Sanjay Bangar feels skipper Virat Kohli is most satisfied when the team does well in Test cricket. Bangar believes that the captain will also look to get over the century drought he has faced in recent times, the last one coming in November 2019. The former India all-rounder feels the rhythm Kohli showed in the first innings of the World Test Championship final against New Zealand should stand him in good stead in the next series against England. "He has already scored close to 7,500 Test runs, and this is a format, where he just simply gives it his all. It's not that he doesn't value T20 or ODI cricket; he plays with equal intensity, but the job satisfaction that he derives, because this is the toughest format," Sanjay Bangar said on Star Sports'' show Cricket Connected.

"And in modern times, because there are no dead rubbers, so every Test match is valued, and every team is playing for a result. This means that whatever is on offer, from a batting perspective, is always challenging for the batsman," he added.

"So, to excel in each & every Test match, and obviously, to get over the drought of the three-figure, which may have been playing on his mind, I think this is something that he would look ahead to," he said.

"The way he has batted in the first innings was a clear indication of the kind of touch and the kind of rhythm that he was in. So, I think it augurs well for the Indian team," Bangar added.

An incredibly tight WTC Final saw New Zealand bowl out India for 170 in the second innings, leaving them 139 to chase for victory.

The batsmen did not relent and in the end, the Kiwis walked away with a comfortable victory. WTC is the first major ICC trophy for the New Zealand cricket team since 2000.

"Yeah, definitely it could have been different. With a threat of rain looming over all the time, it doesn't really give players the freedom to go out and play for extended amounts of time," he added.

"Because obviously, there's a break in concentration, as well as the normal wear and tear of the wicket, that it generally undergoes if it has completed 450 overs of play," Bangar pointed.

"Those are the other challenges as well. So, from that perspective, I feel yes, it does rob away some excitement, some challenges that you would want to see in a Test match," Bangar said.

Sanjay Bangar also lavished praise on Shafali Verma for her performance during her debut Test match against the English team in Bristol.

"Her (Shafali ) future can only be bright and the only way she's going to go from here is up and the sky is the limit. Even though India play less Test matches, but this was a fantastic opportunity and the way she approached the game was refreshing," he opined.

"She played with a fearless attitude and put the opposition on the backfoot straightaway. This is very rare," he concluded.

Virat Kohli Sanjay Bangar World Test Championship 2021 India vs New Zealand, Final Cricket
Get the latest updates on ICC Women's Cricket World Cup 2022 and IPL 2022, check out the Schedule , Live Score and IPL Points Table. Like us on Facebook or follow us on Twitter for more sports updates. You can also download the NDTV Cricket app for Android or iOS.