WTC Final: The BCCI took to social media to give fans a glimpse of Team India's ongoing intra-squad match ahead of their World Test Championship final clash against New Zealand. 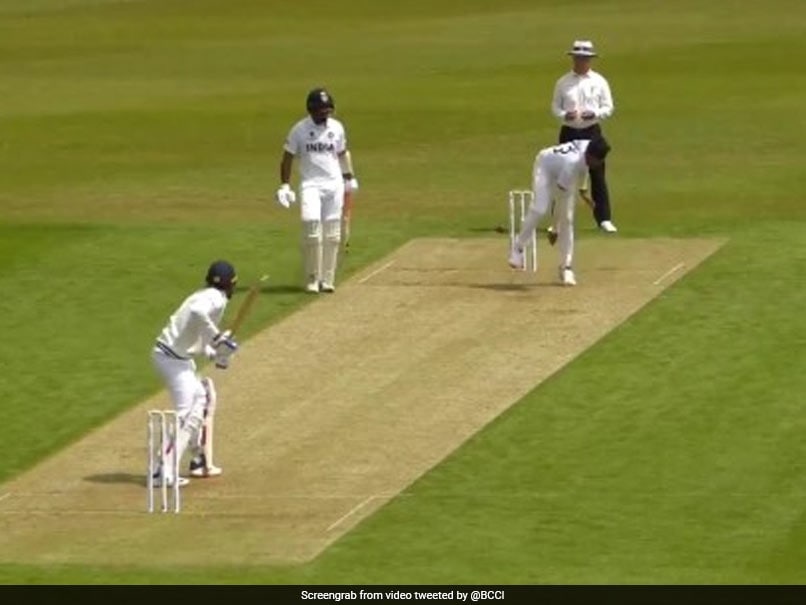 With the World Test Championship (WTC) final set to begin on June 18, Team India have ramped up their preparations and are currently playing an intra-squad match. The highlights video showed snippets of the likes of Jasprit Bumrah, Mohammed Shami and Ravichandran Ashwin showing off their bowling skills against batting stars like Rohit Sharma and Virat Kohli. The BCCI shared the highlights from Day 1 on Twitter, and captioned it as, "A good Day 1 at office for #TeamIndia at the intra-squad match simulation ahead of #WTC21 Final".

A good Day 1 at office for #TeamIndia at the intra-squad match simulation ahead of #WTC21 Final pic.twitter.com/TFb06126fr

The WTC final is scheduled to begin from June 18 at The Ageas Bowl in Southampton. Unlike India, New Zealand will be coming into the fixture with some proper match practice after a two-Test series vs England.

Team India arrived in England on June 3 and served a mandatory three-day quarantine at the on-site hotel. The Indian cricketers were last seen in action in the postponed Indian Premier League (IPL) 2021.

After the WTC final, India will face England in a five-match Test series.

IPL 2021 was postponed indefinitely midway through the season due to rising COVID-19 cases in the tournament's bio-bubble.

SunRisers Hyderabad's (SRH) Wriddhiman Saha also tested positive for the virus but has recovered since then. The wicketkeeper-batsman is also part of the Indian squad for the WTC final.

IPL 2021 is set to resume in the September-October window in the United Arab Emirates (UAE).

Mohammed Shami World Test Championship 2021 India vs New Zealand, Final Cricket
Get the latest updates on Olympics 2020, Olympics 2020 Medal Tally, Live Cricket Score . Like us on Facebook or follow us on Twitter for more sports updates. You can also download the NDTV Cricket app for Android or iOS.