Team India sweated it out at The Ageas Bowl on Friday as the players competed in an intra-squad match as they gear up for World Test Championship final. 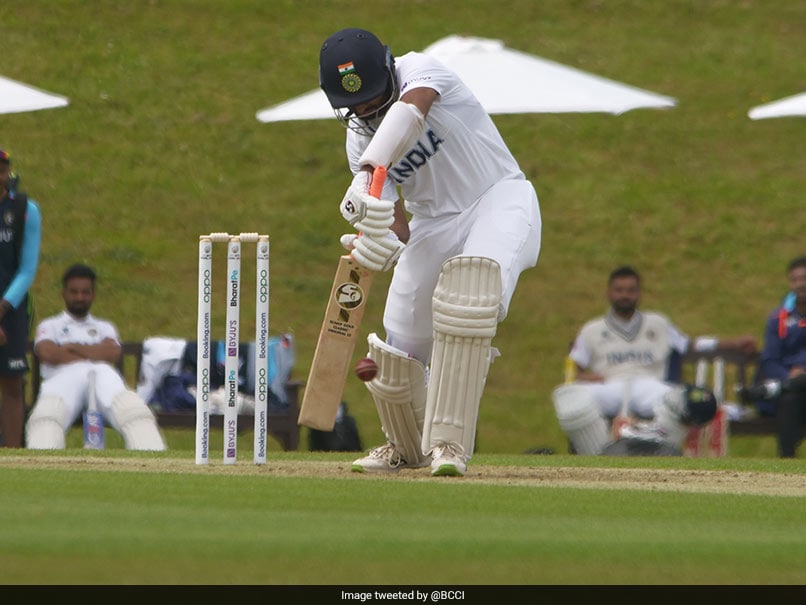 Cheteshwar Pujara was captured playing a drive during the intra-squad match in Southampton.© Twitter

Team India took the field in Southampton on Friday as the players competed in an intra-squad match to continue their preparation for the World Test Championship final. The Board of Control for Cricket in India (BCCI) took to Twitter to share snippets of the intra-squad match. In the pictures, Mohammed Shami and Mohammed Siraj were captured while bowling while Cheteshwar Pujara and Shubman Gill were clicked while batting at The Ageas Bowl. "Snapshots from the first session of our intra-squad match simulation here in Southampton," the images were captioned by the BCCI on Twitter.

Snapshots from the first session of our intra-squad match simulation here in Southampton.#TeamIndia pic.twitter.com/FjtKUghnDH

The Indian players arrived in England on June 3 and completed a three-day hard quarantine.

After completing the mandatory quarantine upon their arrival in England, the players started to train in small groups.

India, after the WTC final against New Zealand, will be up against England in a five-match Test series.

While the Indian players, who last played competitive cricket during the Indian Premier League (IPL) 2021, are out of match practice and will be coming into the WTC final with just a few training sessions under their belt.

On the other hand, their opponents New Zealand will be coming into the summit clash having played two Test matches against England.

The WTC final will begin on June 18 with June 23 to be kept as a reserve day. The International Cricket Council (ICC), in a media release, had earlier announced that in case the match ends in a draw, both teams will be crowned as join winners.

Mohammed Shami World Test Championship 2021 Cricket
Get the latest updates on India vs Australia and check out  Schedule, Results and Live Score. Like us on Facebook or follow us on Twitter for more sports updates. You can also download the NDTV Cricket app for Android or iOS.