IND vs NZ, WTC Final 2021: According to reports, the match officials will take a call on the Reserve Day likely on the last day of the Test. 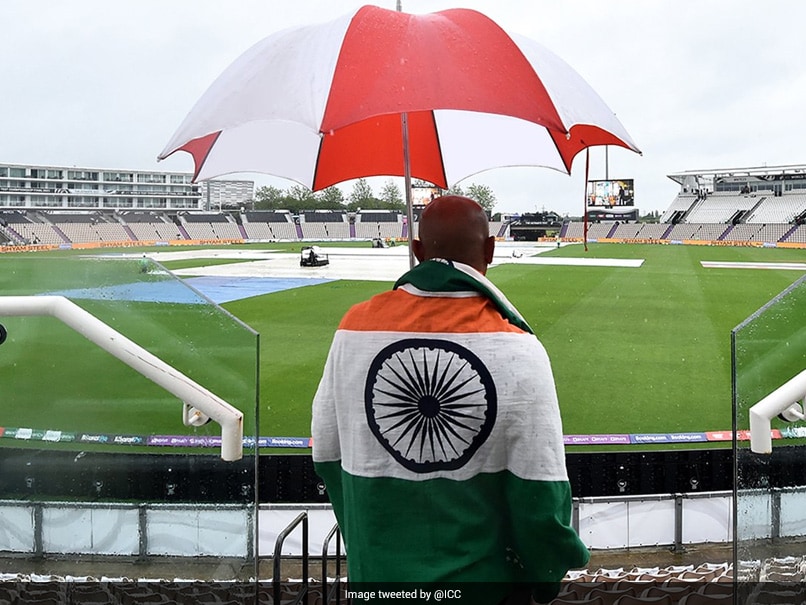 India vs New Zealand: A Reserve Day has been kept aside by the ICC for this clash.© Twitter/ICC

With incessant rain washing off the opening day's play in the World Test Championship final at the Ageas Bowl on Friday, all eyes are now on the Reserve Day that had been kept aside by the ICC for the summit clash. While fans could think that losing a day would mean the Reserve Day automatically coming into play, only 2.5 hours can be made up over the course of the five days of a Test match, sources in the know of developments said a call on the same will be taken by match officials on the fifth day of the game.

"The Reserve Day will come into play when the match officials say, likely on Day Five when they know it is needed," the source told ANI.

The playing conditions released by the ICC confirms that a draw or a tie will see both teams crowned as joint winners as well as the allocation of a Reserve Day to make up for any lost time during the regular days of the final, scheduled to be played from June 18 to 22, with June 23 set aside as the Reserve Day.

Both these decisions were made in June 2018, prior to the commencement of the WTC.

Earlier, the first session of the opening day was washed off. And with rain finally stopping in the second session, an inspection was to take place at 3pm local time, 7:30 pm IST.

But unfortunately, it started raining again around 7:10pm IST. Before this, there was no rain for a period of close to 50 minutes.

Rain is forecast on all five days of the game. "The Reserve Day has been scheduled to ensure five full days of play, and it will only be used if lost playing time cannot be recovered through the normal provisions of making up lost time each day," the ICC release on the playing conditions read.

"There will be no additional day's play if a positive result is not achieved after five full days of play and the match will be declared a draw in such a scenario," it said.

New Zealand Cricket Team World Test Championship 2021 Cricket
Get the latest updates on India vs South Africa and check out  Schedule, Results and Live Score. Like us on Facebook or follow us on Twitter for more sports updates. You can also download the NDTV Cricket app for Android or iOS.