The Indian Women Have The Potential To Be Even Better, Says Jhulan Goswami

The veteran fast bowler sees the potential for greater things in her team. 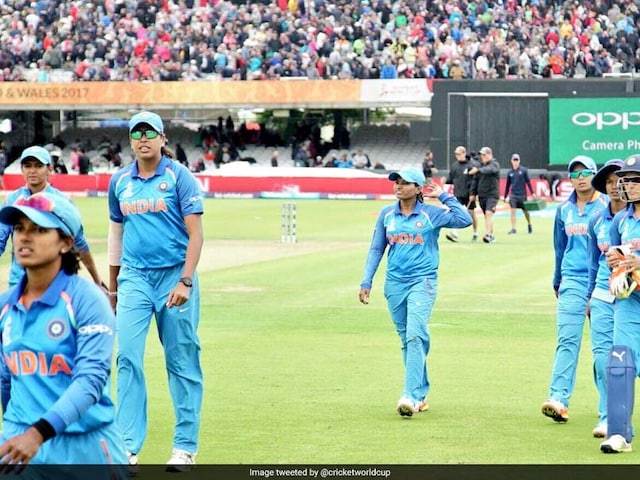 Jhulan Goswami sees the potential for greater things in her team.© Twitter

While the entire Indian women's team would be contemplating what could have been, going down by just nine runs to England in the ICC Women's World Cup final at Lord's on Sunday, veteran Jhulan Goswami found bright spots in the Indian campaign and felt that her team had exceeded expectations by reaching the final of the premier tournament, but there was still scope for performing better as a team.

Even as the bitter disappointment of losing out so narrowly, Goswami was able to reflect on one of the biggest moments in India women's cricket history.

India was the only team to beat England en-route to its third title in three attempts at home, but while the individual performances were there, the task is now to follow it up with more and more team displays heading into future tournaments.

"The important thing is that nobody from the first day thought we would be a finalist. We performed and started to believe in ourselves after that match, and in each given day everybody tried to contribute, as a team we believed that if we did well we could do it our way," said Goswami, who took three crucial wickets in the final.

"We tried to contribute from all of us from the beginning. At this moment we must enjoy this journey, the whole team must enjoy the way we played, unfortunately this one was not to go our way.

"In the games we've had people perform, individually, but when it comes to a group there are things that we can work on," said the all-time leading wicket-taker in ODIs with 195 scalps.

"We didn't get any early breakthrough and there wasn't much pace in the wicket, so for me it was about bowling a tight line and length. I tried to bowl in the right areas and not give them much room, they were using the crease and shuffling towards off stump, so we wanted to try and get them to play straight.

"Sometimes plans work, sometimes they don't, but they came at the right time to break that partnership. Whenever a team requires it, I try to contribute from my side - my best bowling figures are the ones where England win the match," she added.

Comments
Topics mentioned in this article
India Women Jhulan Goswami ICC Women's World Cup Lord's, London Cricket
Get the latest Cricket news, check out the India cricket schedule, Cricket live score . Like us on Facebook or follow us on Twitter for more sports updates. You can also download the NDTV Cricket app for Android or iOS.