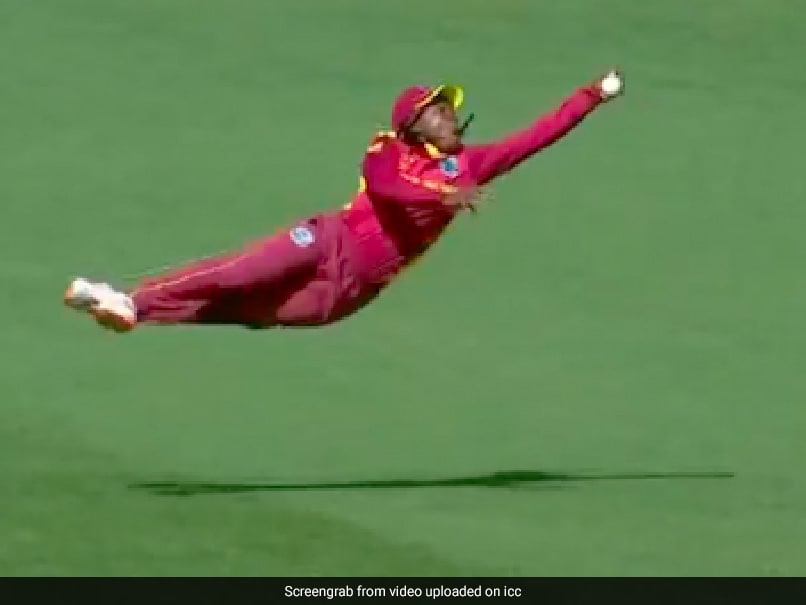 The ongoing Women's World Cup has already witnessed some breathtaking moments in its initial phase. There have been quite a few brilliant knocks, world-class bowling and athletic fielding so far. The England-West Indies game at the University Oval in Dunedin on Wednesday witnessed a potential contender for catch of the tournament. On the first ball of the ninth over by pacer Shamilia Connell, Deandra Dottin produced a spectacular catch.  that good! Connell had bowled tightly in her four overs, giving away only 16 runs before starting her fifth against England batter Lauren Winfield Hill. The ball was pitched well outside the off-stump, presenting a good opportunity for the batter to hit it square towards point. Hill connected well but played the ball in the air. And as the players, fans as well as the cameras started to follow the ball, a flying Deandra Dottin made her appearance to the dismay of Hill. The fielder timed her jump to perfection and grabbed a stunner with a single hand while catching the ball in the air.

The video was shared by the International Cricket Council (ICC) on their social media handles with a caption that said:

"Deandra Dottin. This absolute screamer from the West Indies star is our @ftx_official Diamond Hands moment from today's #CWC22 encounter!."

Here's a look at the catch by Deandra Dottin:

The inspired West Indian team took the game deep and defended the 225 runs they had put up on the board while batting first.

The thrilling match went down to the wire but the West Indies cricketers held their nerve to clinch a seven-run victory.

England Women
Get the latest updates on Fifa Worldcup 2022 and check out  Fifa World Cup Schedule, Stats and Live Cricket Score. Like us on Facebook or follow us on Twitter for more sports updates. You can also download the NDTV Cricket app for Android or iOS.