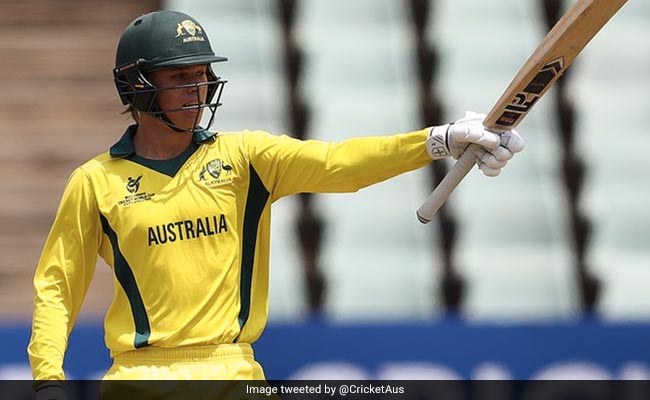 Cooper Connolly is backing Australia's new batting prodigy Teague Wyllie to help fire his team into the ICC Under-19 Men's Cricket World Cup final 2022. A talented India team stands between Australia and Saturday's showpiece match at the Sir Vivian Richards Stadium. However, Aussie captain Connolly believes his team has the ability to get there, particularly if his Western Australia teammate Wyllie can maintain his red-hot form as the three-week tournament reaches its conclusion.

Wiley has already scored 264 runs in four matches and going into the semi-finals is the fourth-highest run-scorer at the World Cup.

"I said at the start of the tournament that he (Teague Wyllie) was going to be a big run-scorer for us. I backed him as a Western Australia man, I've seen him progress all the way from playing as a junior. He is a really talented guy," Connolly said in an official release.

"There is no reason why he can't continue to do that and I think he can play a big role for us in these last couple of matches," he added.

The 18-year-old all-rounder also confirmed that facing their toughest opponent of the finals so far wouldn't stop his team from playing positively. His team chased down a big total in their group win over Scotland before putting 276 runs on the board in the Super League quarter-final win over Pakistan.

Connolly added: "There is no change from us in approach. We are just going to try and play some good cricket and hopefully we can knock off India. They are a very good side and we know that, but I think if we play our best cricket we can beat them."

"To reach the final would be pretty cool. I spoke to Mitch Marsh briefly about it, because he won the last one for Australia (in 2010). I'd love to be able to get to that spot and do the same as him," he added.

India had thrashed the Aussies by nine wickets in Guyana prior to the competition proper getting underway, with the skipper himself scoring an unbeaten half-century.

Australia U19 Cricket
Get the latest updates on ICC T20 Worldcup 2022 and CWG 2022 check out the Schedule, Live Score and Medals Tally. Like us on Facebook or follow us on Twitter for more sports updates. You can also download the NDTV Cricket app for Android or iOS.