Rohit Sharma recalled India's triumph in the 2007 ICC T20 World Cup as he took to social media to deliver a rallying cry ahead of the 2021 edition. 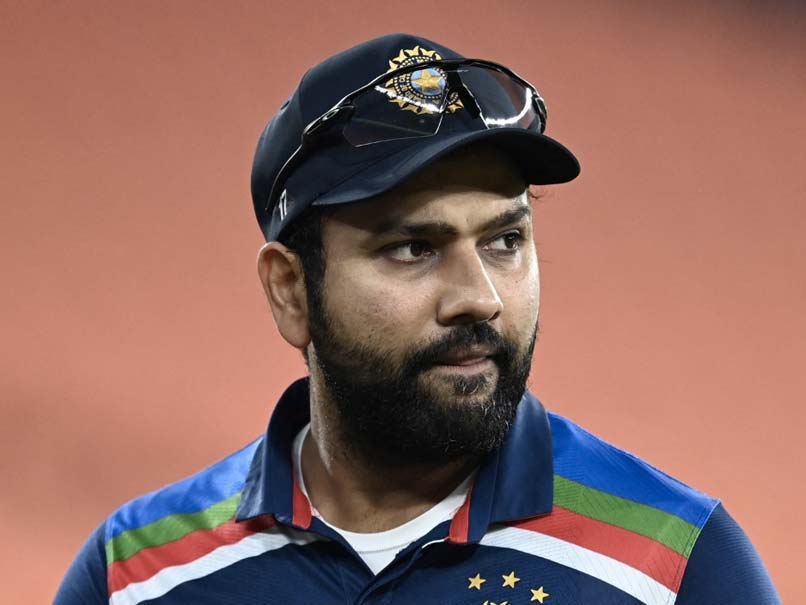 Rohit Sharma took to Instagram to deliver a rallying cry ahead of the 2021 T20 ICC World Cup.© AFP

Veteran batsman Rohit Sharma recalled India's triumph in the 2007 ICC T20 World Cup as he took to social media to deliver a rallying cry ahead of the 2021 edition, set to be held in the UAE and Oman from October 17 to November 14. Rohit, who was part of the 2007 squad as a 20-year-old and played crucial knocks during the course of the tournament, is the only member from that triumphant campaign who will be part of the 2021 edition.

"Sep 24th, 2007, Johannesburg. The day when a billion dreams came true," Rohit wrote on Instagram, alongside a picture of the Indian team celebrating with the trophy in 2007 after beating Pakistan in the final.

"Who would have thought back then that a relatively inexperienced, young team like ours would end up creating history!! It's been 14 years since, we've come a long way, we've created many more histories, we've had our setbacks, we struggled, but it didn't break our spirits. Because we never give up. We give it all!!!" he added.

"This @icc #T20WorldCup each one of us is going to give everything to repeat history. We're coming for it, the trophy is ours. India, let's make it happen. I am #InItToWinIt," Rohit wrote.

Rohit had played three matches in the 2007 T20 World Cup, remaining unbeaten in all three of his innings. He scored an unbeaten 50 against South Africa in a crucial Super 8 clash.

He remained 8 not out in the semifinal against Australia and in the final against Pakistan, chipped in with a notable unbeaten knock of 30, which eventually proved crucial in India's narrow five-run win in the dramatic title clash in Johannesburg.

India Cricket Team ICC T20 World Cup 2021 Rohit Sharma
Get the latest updates on ICC T20 Worldcup 2022 and CWG 2022 check out the Schedule, Live Score and Medals Tally. Like us on Facebook or follow us on Twitter for more sports updates. You can also download the NDTV Cricket app for Android or iOS.