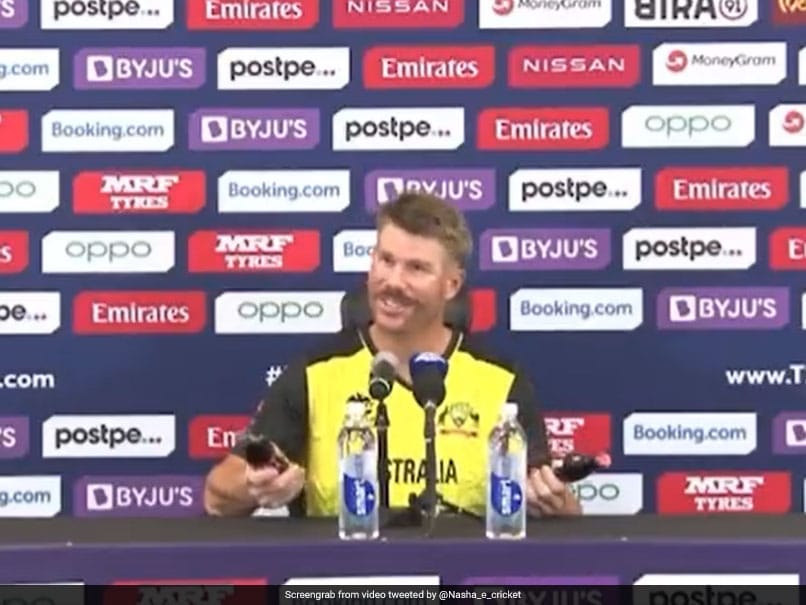 Australian cricket team opener David Warner turned up in a light mood for the post-match press conference following a crucial win over Sri Lanka in the Super 12 stage of the ongoing T20 World Cup in Dubai. Warner looked free of stress after his explosive knock of 65 runs in only 42 balls which proved decisive in his team's seven-wicket win at the Dubai International Stadium. However, all the talk about the game took a backseat when Warner grabbed the two bottles of soft drinks kept in front of him and asked whether he could have them removed. Warner was re-enacting an incident from earlier this year when footballer Cristiano Ronaldo had created a stir by removing soft drink bottles ahead of Portugal's opening European Championship 2020 match against Hungary.

Warner's good mood was a reflection of Australia's positive performance against Sri Lanka, which helped the team register its second win in as many games.

Taking the field first, the Australian bowling attack was put under pressure in the powerplay despite an early wicket. But spinner Adam Zampa and pacer Mitchell Starc gave no room whatsoever to the Sri Lankan batters as they restricted the island nation to 154/6 in 20 overs.

However, this target failed to prove good enough as Australia's batting line-up, led by Warner, chased down the run with three overs to spare.