T20 WC 2021: Legendary batter Brian Lara was left speechless after watching West Indies collapse for just 55 runs in their opening game versus England, which the former lost by six wickets in Dubai. 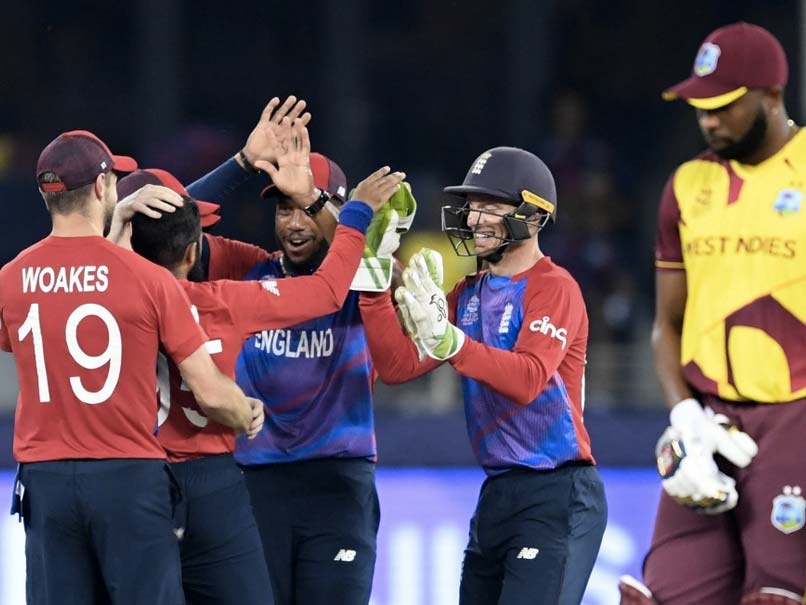 Former West Indies captain Brian Lara wasn't impressed after watching his country fold for just 55 runs in the first innings of their opening match against England in Dubai in the ongoing T20 World Cup 2021. West Indies' batting collapsed like a pack of cards as England bowlers enjoyed a field day after winning the toss. Losing all 10 wickets for just 55 runs, Lara said during a Star Sports show covering the match, "It was disappointing, it was reckless, I don't have words to describe this. As a West Indian, I'm very disappointed."

Eoin Morgan won the toss and decided to put the West Indies batting to test at the Dubai International Stadium. Openers Evin Lewis and Lendl Simmons showed signs of maturity initially, but that lasted for just an over.

Moeen Ali bowled a superb line with clever variations in pace to dismantle the top-order. His figures of 2/17 in four overs included wickets of Simmons and Shimron Hetmyer.

With pacers Tymal Mills, Chris Woakes and Chris Jordan also pitching in with regular wickets from the other end, the West Indies backbone was jolted without many runs on the board.

Soon, Adil Rashid unleashed one of the best spells of T20 spin bowling to capture four wickets in his quota of 2.2 overs. He bowled 12 dot balls and conceded only two runs.

Chris Gayle ended as the top-scorer for West Indies with 13 runs off 13 balls.

In reply, England stumbled a bit but overhauled the target in 8.2 overs and with six wickets remaining.

West Indies Cricket Team Brian Lara ICC T20 World Cup 2021 England vs West Indies, Super 12 - Match 14 Cricket
Get the latest updates on ICC Women's Cricket World Cup 2022 and IPL 2022, check out the Schedule , Live Score and IPL Points Table. Like us on Facebook or follow us on Twitter for more sports updates. You can also download the NDTV Cricket app for Android or iOS.