India twice took the lead but failed to hold on to it both times to lose their last round-robin match of the Sultan Azlan Shah hockey tournament. 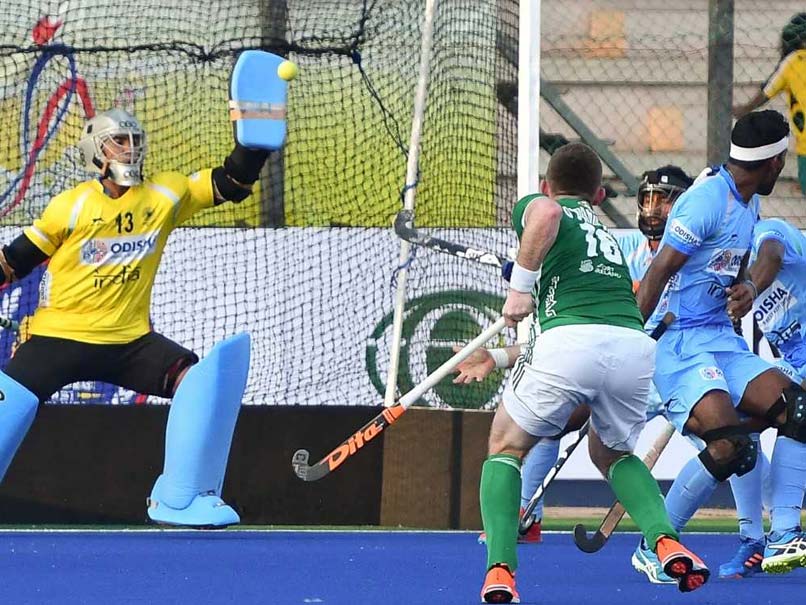 Sultan Azlan Shah Cup: India's hopes of reaching the podium were dashed after their 2-3 loss to Ireland.© Hockey India

Any hope of the Indian men's hockey team reaching the final of the 2018 Sultan Azlan Shah Cup were quashed following a shock 2-3 loss to Ireland on Friday. India twice took the lead but relinquished it both times, losing their last round-robin match of the hockey tournament. India beat Malaysia 5-1 in their previous match to remain in contention for a place in the final. India's hopes were further boosted as Argentina lost 1-3 to Australia in the day's earlier game but the Indian players didn't do themselves any favours with some sloppy defending costing them the game.

India took the lead in only the 10th minute with Ramandeep Singh deflecting in a Varun Kumar penalty corner attempt. Soon enough, Varun got another chance from the penalty corner to double India's lead but this time the dragflicker failed to get his shot on target.

India pressed on in search for their second but Ireland held on until the end of the first quarter.

Ireland played a much more aggresive game in the second quarter and were awarded a penalty corner for their efforts only for the decision to be overturned after India asked for a video referral.

Ireland, however, were not to be denied in the 24th minute. The Indian defence was caught sleeping when some teamwork by Kirk Shimmins and Sean Murray found Shane O'Donoghue, who put the ball past Indian goalkeeper Suraj Karkera to score Ireland's equaliser.

However, India reclaimed the lead just two minutes later. Amit Rohidas found the top of the net with a fiercely-struck dragflick from a penalty corner to score his third goal of the tournament.

Despite Ireland earning themselves a penalty corner in the dying minutes of the second quarter, India managed to hold on to their lead, going into the break. However, complacency seemed to seep into India's game and they were sluggish in the third quarter from the outset.

India were once again caught napping in defence and were made to pay when Sean Murray pulled Ireland level for the second time in the match. Ireland didn't rest on their laurels and looked good to score another goal.

Their hardwork bore fruit when they won a penalty corner with Lee Cole giving his team the shock lead in the 42nd minute. India tried hard to draw level but found a resilient Irish defence in the way.

With time ticking away, India pulled out their goalkeeper to add an extra man to their attack. Simranjeet Singh was responsible to win another penalty corner for India in the 56th minute but Varun Kumar's drag was deflected wide by Irish rushers.

India will next play in the 5th/6th place classification match on March 10.