Azlan Shah Cup 2018: India Out Of Final Race After 2-4 Loss To Australia 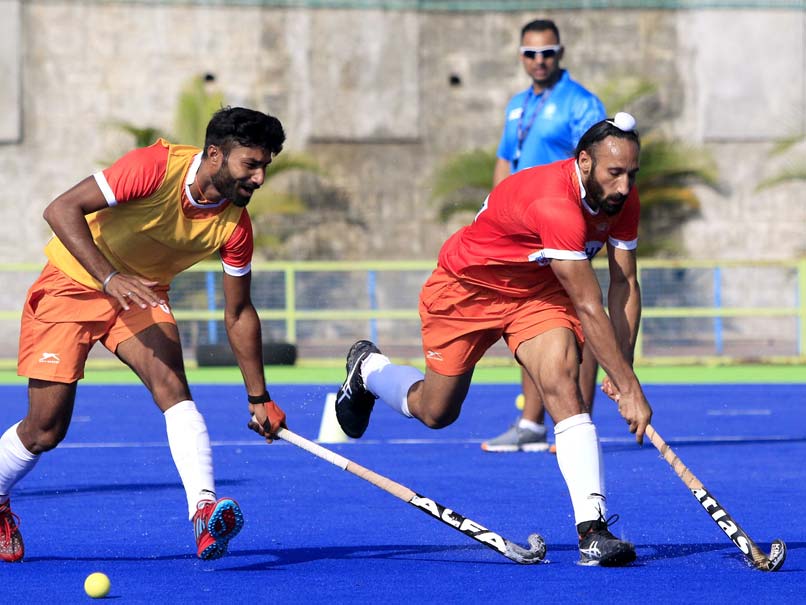 A listless India went down to Australia 2-4 for their second loss in three matches, pushing them out of the race to reach the final at the 27th Sultan Azlan Shah Cup hockey here. Late goals by Ramandeep Singh (52', 53') were only enough to avoid a whitewash against table toppers Australia. Mark Knowles (28'), Aran Zalewski (35'), Daniel Beale (38') and Blake Govers (40') scored for Australia. India, who have rested many senior players for the tournament, had lost their opener to Argentina 2-3 before drawing 1-1 with England.

It was a must-win match for India but getting the better of the Australians proved to be tough as always.

With better ball possession in the first quarter, India created three potential chances to score but could not convert.

A golden opportunity was lost when a swift assist from Ramandeep Singh to Shilanand Lakra could not get past Australian goalkeeper Andrew Charter in the 8th minute. Though the rebound was taken by Sumit, his shot on goal went wide and India missed out on taking an early lead.

Though the team s defense remained resolute in the first quarter as it kept World Champions Australia from making forays into the circle, an infringement in the 28th minute saw the Indian team concede a penalty stroke.

Australian skipper Mark Knowles was accurate in his attempt as he sent the ball past Krishan Pathak like a bolt, giving Australia a 1-0 lead.

With seconds to go before the second hooter, India won the first PC of the match but the opportunity went begging with young dragflicker Varun Kumar s shot rebounding off the cross bar.

The Australian forwards too didn t seem like they were having a great outing in the initial minutes having missed a sure-shot opportunity to score earlier in the second quarter with Tom Craig not making a strong connection for deflection.

But they made no such mistake in the third quarter. A superb pass by Craig in the baseline was effortlessly picked up by Zalewski. His diving effort ensured the ball went past Suraj Karkera fetching the Australians a 2-0 lead in the 35th minute.

Australians built on their lead and dominated the proceedings, keeping the ball for longer stints and finding space in the Indian circle.

They even won a PC in this pursuit but an ambitious variation could not be converted. A 3-0 lead eventually came by when Beale scored a splendid field goal in the 38th minute.

Govers later converted a PC as he brilliantly picked up a rebound that came off Suraj Karkera s pads.

The final quarter saw India vie for a comeback with Ramandeep scoring back-to-back goals in the 52nd and 53rd minutes.

Though the late surge boosted the team's attack, as it won a PC in the dying minutes of the match, a miss trapping dented the chance of a third goal.

India will take on hosts Malaysia in their fourth match on Wednesday.

Comments
Topics mentioned in this article
India Australia Hockey
Get the latest updates on T20 World Cup, check out the T20 World Cup Schedule and Live Score . Like us on Facebook or follow us on Twitter for more sports updates. You can also download the NDTV Cricket app for Android or iOS.