Odisha Chief Minister Naveen Patnaik has announced that the state government will continue to sponsor the Indian hockey teams (both men and women) for 10 more years. 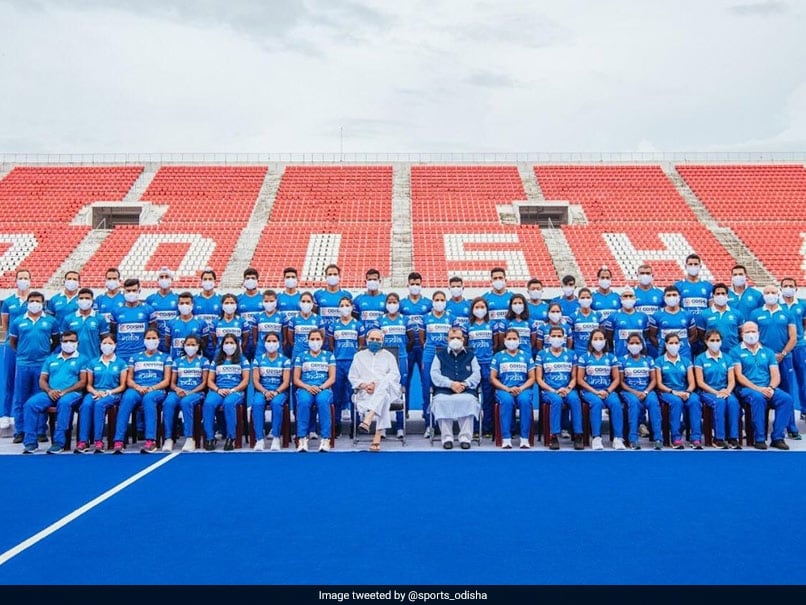 Odisha Chief Minister Naveen Patnaik on Tuesday felicitated the Indian national hockey teams that scripted history with their brilliant performance at the Tokyo Olympics. In recognition of their achievement and their potential to be the top teams in the world, the Chief Minister announced that Odisha will continue to sponsor Indian hockey teams (both men and women) for 10 more years. Addressing the gathering, Chief Minister Naveen Patnaik said, "We, in Odisha, are elated that our partnership with Hockey India has led to this great achievement for the country. I believe, Odisha and Hockey are destined to become synonymous."

In recognition to their achievement and potential to be the top teams in the World, Hon'ble CM Sri @Naveen_Odisha announced that Odisha will sponsor the #IndianHockey teams, for another years! @TheHockeyIndia pic.twitter.com/CKms5vODHs

"We will continue our partnership with Hockey India. Odisha will support the Indian Hockey teams for 10 more years. This will herald a new era of Indian Hockey and bring back the glory to the nation," he added.

The Chief Minister felicitated women's captain Rani Rampal along with the women's team and also felicitated men's skipper Manpreet Singh and the men's team for bagging the bronze in Tokyo Olympics.

As a token of regard and appreciation, each team gifted a framed jersey autographed by the players to the Chief Minister.

"You made us all so proud with your spirited fight at Tokyo. These are deeply emotional moments for India to witness the revival of Indian Hockey," said Naveen Patnaik

"For nearly four decades, the fans have been yearning to see India grabbing a medal in hockey at the Olympics. The way the entire country was glued to the screens to watch the hockey teams' matches, it is quite evident there is something more to hockey than just sports.

"In the background of the COVID pandemic, it is remarkable that our teams have worked so hard in spite of all challenges and emerged victorious. In these crisis times, the teams have brought smiles on the faces of crores of Indians. We all should be thankful to our boys and girls," the CM added.

Speaking at the event, Batra said, "I would like to take this opportunity to thank the Chief Minister Naveen Patnaik and the people of Odisha for showing their love and affection for hockey that helped the Indian teams to achieve the Olympic dream."

Earlier in the day, the teams arrived to a rousing welcome at the airport by fans.

Comments
Topics mentioned in this article
India Women India Hockey
Get the latest updates on India vs South Africa and check out  Schedule, Results and Live Score. Like us on Facebook or follow us on Twitter for more sports updates. You can also download the NDTV Cricket app for Android or iOS.