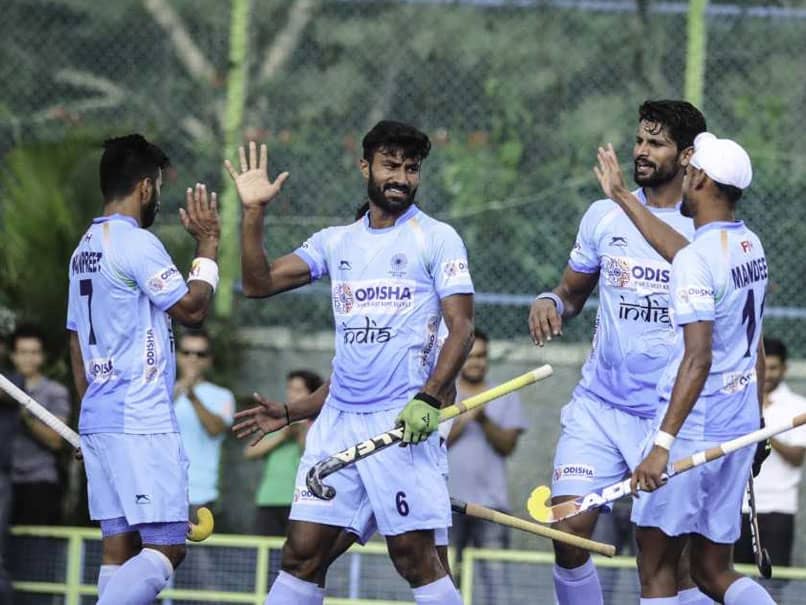 The Indian men's hockey team wrapped up the three-match test series against New Zealand on a winning note as they thrashed the visitors 4-0 at the Sports Authority of India (SAI) stadium on Sunday. With this, India also won the series 3-0, raising hopes for the upcoming 18th Asian Games, scheduled to be held in Jakarta from August 18. In Sunday's match, Rupinder Pal Singh (8th minute), Surender Kumar (15th minute), Mandeep Singh (44th minute) and Akashdeep Singh (60th minute) scored for India while the team's defence ensured a clean sheet denying the visitors any scoring opportunities. In the first quarter, India took a 1-0 lead after Rupinder scored off the team's second Penalty Corner. He fired low towards the right corner of the post, taking his personal goal count to four in the series against New Zealand.

Brilliant stick work by Surender Kumar and a clever assist by Rupinder from the top of the striking circle earned India their second goal of the match.

India's third goal was set up by Sardar Singh as he worked magic with his stick making way from the left flank, beating New Zealand defenders to find Simranjeet Singh who later flicked it to Mandeep.

It was Akashdeep Singh who was enthralling as he scored the home team's fourth goal in the 60th minute, taking India's winning scoreline to 4-0.

Chief coach Harendra Singh said he was happy with his team's performance.

"Playing high intensity matches against one of the Top 10 Teams in the World ahead of a crucial event like the Asian Games is beneficial for us," Harendra said.

"During these three matches, we tried out different combinations and variations in Penalty Corner (PC) and we are better prepared for the upcoming tournament," the coach said.

Comments
Topics mentioned in this article
Hockey India New Zealand
Get the latest updates on IPL 2021, IPL Points Table , IPL Schedule 2021 , live score . Like us on Facebook or follow us on Twitter for more sports updates. You can also download the NDTV Cricket app for Android or iOS.