Rani Rampal to lead the squad with ace goalkeeper Savita as her deputy. 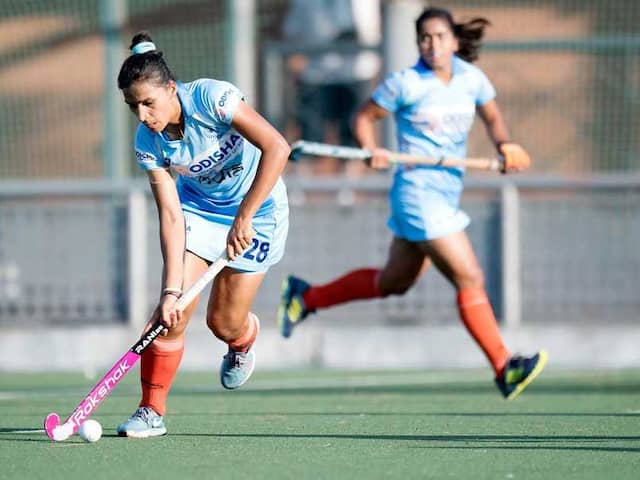 Rani Rampal had successfully led the team to victory in the 9th Women's Asia Cup.© NDTV

Hockey India on Friday named the 18-member Indian Women's hockey team for the 18th Asian Games 2018 to begin in Jakarta and Palembang on August 18, 2018. The team will be led by forward Rani Rampal who had successfully led the team to victory in the 9th Women's Asia Cup victory last year. Ace goalkeeper Savita has been named the vice-captain and she will be joined by Rajani Etimarpu at the goalpost for the prestigious event where India will vie for the gold to earn a direct qualification for the 2020 Tokyo Olympics. India's defence will feature the experienced Deep Grace Ekka, Sunita Lakra, Deepika, Reena Khokhar and drag-flicker Gurjit Kaur while the team's midfield will include Namita Toppo, Lilima Minz, Monika, Udita, Nikki Pradhan and Neha Goyal.

The forward-line will be led by Rani Rampal who has over 200 international caps for India. She will be supported by Vandana Katariya who also completed 200 international caps for India at the recently held Spain tour. Youngster Lalremsiami has also been rewarded with a place in the squad for her recent exploits and she will be joined by Navneet Kaur and Navjot Kaur who have had a good showing in the recent tournaments for India.

"We have a good mixture of experienced and young players. I'm happy to note that each one of them have experienced what it is like to play high level matches," said Chief Coach Sjoerd Marijne.

He further added that the team's performance at the forthcoming Women's World Cup in London, starting on July 21, 2018 will have an impact ahead of the 18th Asian Games.