India players wore black arm bands to condole the deaths of martyrs in the recent attacks on the Indian army. 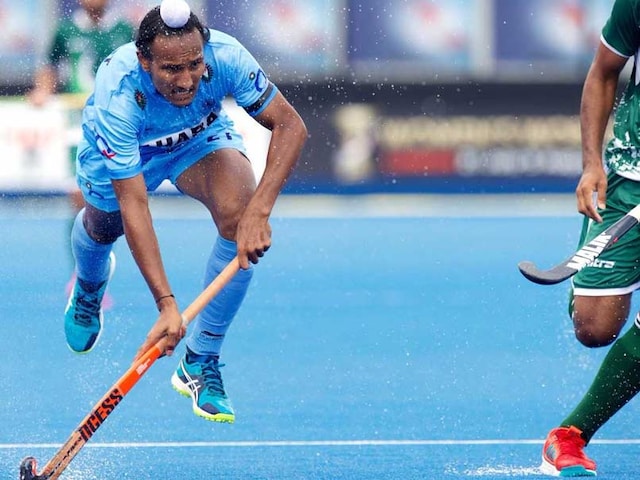 The India hockey team wore black arm bands during their match against Pakistan at the Hockey World League Semi-Final to condole the deaths of martyrs in the recent attacks on the Indian army. The Indian team support staff also wore the black arm bands. India eventually thrashed Pakistan 7-1 in the match. The hockey fraternity in India has always been vocal about the pride and respect it has for the Indian soldiers and always condemned such barbaric acts.

The players have often taken to social media to show their condolences for the martyrs of the country. In fact, PR Sreejesh had dedicated the team's victory at the 2016 Asian Champions Trophy to the soldiers, where they beat Pakistan in the final.

"The players of the Indian hockey teams have always shown tremendous belief and support for the Indian Armed Forces who guard the safety of our nation. They are proud of the nation's soldiers and are often inspired by their dedication and sacrifice," said Mohd Mustaque Ahmad, Secretary General, Hockey India.

"As sportsmen, the Indian hockey teams have always shown solidarity and compassion towards the soldiers and have often dedicated their victories to the Indian Army. Today, the team strongly felt the need to condole the recent attacks carried out in Jammu & Kashmir where Indian soldiers lost their lives. It was a unanimous decision to wear black arm bands to condole these deaths and they wish for peace to prevail in the state of Jammu & Kashmir," he added.

Captain Manpreet Singh said: "We wanted to win on the field today to show not only our proud nation but all the world that we will stand up and fight for what we believe in through sport."