India suffered a 1-2 defeat to the Netherlands to bow out of the Hockey World Cup on Thursday. 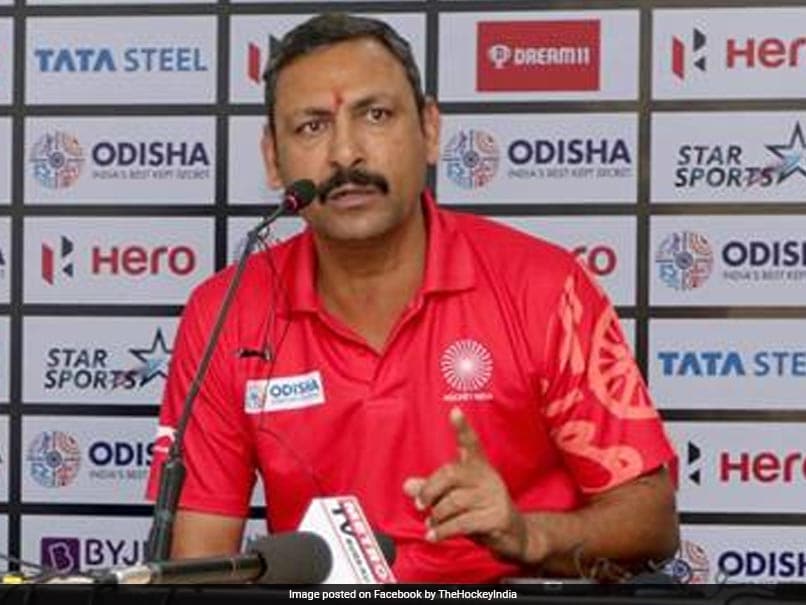 India men's hockey coach Harendra Singh received an official reprimand from the International Hockey Federation (FIH) for lashing out at the umpires during the quarterfinal match at the 2018 Hockey World Cup in Bhubaneswar. India suffered a 1-2 defeat to the Netherlands to bow out of the mega event on Thursday. The quarterfinal loss extended India's 43-year wait to enter the semifinal of the Hockey World Cup. Following the home team's defeat, coach Harendra Singh asked the FIH to review the performance of the umpires.

The reprimand was handed down to Harendra after he and India's analytical coach Chris Ciriello were called for an official hearing by the FIH on Saturday.

Harendra blamed poor umpiring for his side's unexpected early ouster, saying the FIH seriously need to address the issue as his side has been on the receiving end of poor on-field decisions twice this year.

The India coach's vitriolic outburst didn't go down well with the FIH with its technical delegate Christian Deckenbrock terming Harendra's outburst as "inappropriate" and "unacceptable".

"The FIH Technical Delegate has decided that India's coach Harendra Singh committed a breach of the Code of Conduct (Level 1.2.k: Public criticism of, or inappropriate public comment in relation to an incident at the press conference following the match between India vs Netherlands," the FIH said in a statement on Sunday.

"As a result of this breach, Harendra Singh received an official reprimand. The FIH Technical delegate indicated that the statements from India's coach at the press conference regarding umpires were unacceptable."

The world body further stated that this official reprimand will be recorded by the FIH and can be taken into account if Harendra breaches the Code of Conduct again at a future event.