India can book a direct berth to the quarter-finals if they defeat Canada and have a better goal difference than Belgium, who face South Africa. 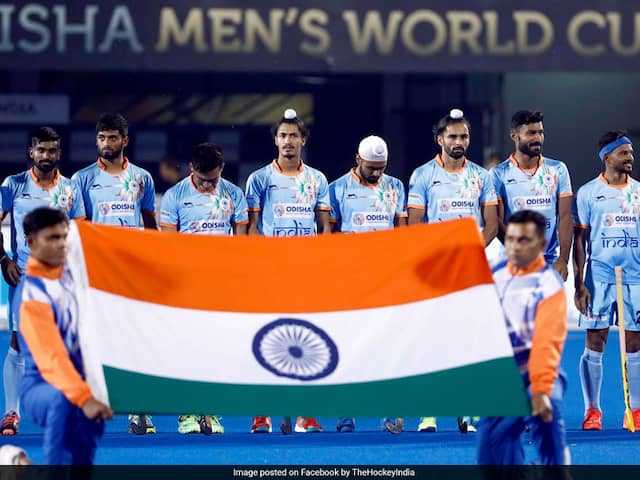 The Indian team will face Canada on Saturday.© Facebook

The Indian team will face Canada on Saturday, aiming to book a berth in the quarter-finals of the Hockey World Cup 2018. The hosts, who top their pool, are equal on points with Belgium. However, a win against Canada will take India a step closer to booking a direct spot in the final eight. For that to happen, not only will India need to beat Canada but also hope that Belgium don't have a better goal difference at the end of the group stages. India coach Harendra Singh has set a target of not conceding any goals against Canada -- who are yet to win a match this tournament. He also said that he wants his side to maintain the top spot in the Pool C.

"The team will be playing a different kind of hockey tomorrow. We have a target and we have to achieve it," Harendra Singh said.

"We want India to finish at the top of Pool C and do not want the Indian defenders to concede any goal in the coming match against Canada," he added.

"The team is in a better position in terms of goal average compared to Belgium. So, there is no need to think more on that. Let's see how Belgium is performing," he added.

National team skipper Manpreet Singh has also showed confidence in his side and said that the five days break has helped them concentrate on fitness and study the opponent's play.

"We got five days break after the match against Belgium. While we concentrated on fitness, we also got time to study the opponent team," he said.

India had defeated lower-ranked South Africa while played out a draw against superior-ranked Belgium in their previous outings.

Comments
Topics mentioned in this article
India Canada Hockey
Get the latest Cricket news, check out the India cricket schedule, Cricket live score . Like us on Facebook or follow us on Twitter for more sports updates. You can also download the NDTV Cricket app for Android or iOS.