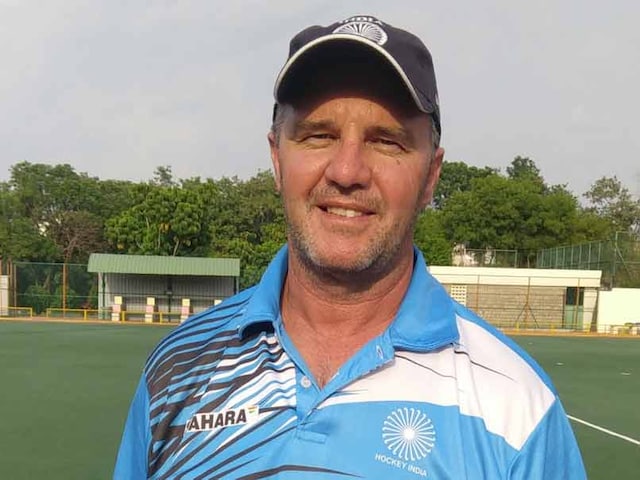 Hockey India selector B P Govinda on Saturday said that High-Performance Director David John will deliver better results than Roelant Oltmans as interim coach after the Dutchman was sacked as chief coach of the men's national team following a string of unimpressive showings. "David will definitely deliver goods better than Oltmans in shaping the team during the transitional period. I am pretty sure of it because he has got the knowledge and also we are also there to help him in this task," Govinda told PTI.

John will take charge of the men's team as interim coach after Hockey India on Saturday sacked Oltmans despite a largely successful four-and-half-years stint in India.

The decision was taken after a three-day meeting of the Hockey India High Performance and Development Committee, which concluded on Saturday.

John will be in charge of the team till a suitable replacement is found for a smooth transition.

Asked whether the think-tank asked feedback from players on Oltmans, Govinda said senior players had vouched for more involvement in team planning and strategy.

Hockey India selection committee chairman Harbinder Singh too vouched for John and said the Australian has everything in him to produce results.

Harbinder, however, denied rumours about any bad blood between John and Oltmans.

"There absolutely is no truth in it, and why there should be bad relations. They were both working for the development and improvement of Team India," he said.

(This story has not been edited by NDTV staff and is auto-generated from a syndicated feed.)
Comments
Topics mentioned in this article
India Hockey
Get the latest Cricket news, check out the India cricket schedule, Cricket live score . Like us on Facebook or follow us on Twitter for more sports updates. You can also download the NDTV Cricket app for Android or iOS.