While Oltmans' role as in improving the teams' overall fitness and cohesiveness has been appreciated, the results are what matter and the performance of the team has not been consistent or up to the desired levels. 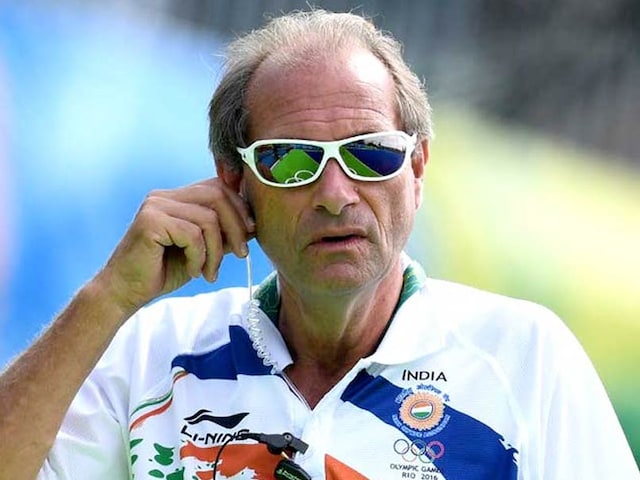 Roelant Oltmans was sacked due to India's poor show at the World League Semi-Final.© PTI

Hockey India (HI) on Saturday sacked chief coach of the Indian men's team Roelant Oltmans for the country's poor show at the World League Semi-Final. The governing body of Indian hockey arrived at the decision at its three-day review meeting. India had finished sixth in the tournament, which is a qualifier for next year's World Cup. India however, have already qualified for the showpiece event on the basis of being the host nation.

The review committee felt Oltmans did not prepare the team for stronger opponents against whom India failed to do well. The committee was also unhappy with his constant chop and change policy in team selection.

While Oltmans' role in improving the teams' overall fitness and cohesiveness was appreciated, the committee felt performance of the team wasn't consistent or up to the desired levels.

High Performance Director David John will be in charge till a suitable replacement is found for a smooth transition of the men's team. David is primarily a fitness trainer and has worked with the men's team before and during the London Olympics in 2012.

"While Roelant Oltmans role as Chief Coach in improving the teams' overall fitness and cohesiveness has been appreciated, the results are what matter and the performance of the team has not been consistent or up to the desired levels."

The meeting to assess the way forward for Indian hockey was attended by over 24 members over the last three days.

Harbinder Singh, chairman of the Hockey India Selection Committee said, "The Committee was convened since we are collectively not satisfied with the Indian Men's Hockey team's performance in 2016 and 2017 and feels that wins in Asia can't be a benchmark for success any more.

"We need to show results beyond intent in key international tournaments where the sporadic success over the last two years is more incidental than deliberate. To make results a reality, we need to make hard decisions for the greater good of the future of Hockey in India.

"The current format of coaching was not showing results beyond a certain level. The Committee unanimously agreement that immediate action was required to be taken and while change may not always be comfortable it is essential if we want to position ourselves as a serious global contender for the upcoming critical tournaments in 2018 including the Asian Games & World Cup and 2020 Olympic Games."

Comments
Topics mentioned in this article
Hockey Cricket
Get the latest Cricket news, check out the India cricket schedule, Cricket live score . Like us on Facebook or follow us on Twitter for more sports updates. You can also download the NDTV Cricket app for Android or iOS.