I Was Prepared To Be Sacked From Day One: Roelant Oltmans

The Dutchman, who came to India in 2013 as High Performance Director, however, said he has no regrets and hoped that he has made good roadmap for the team to follow. 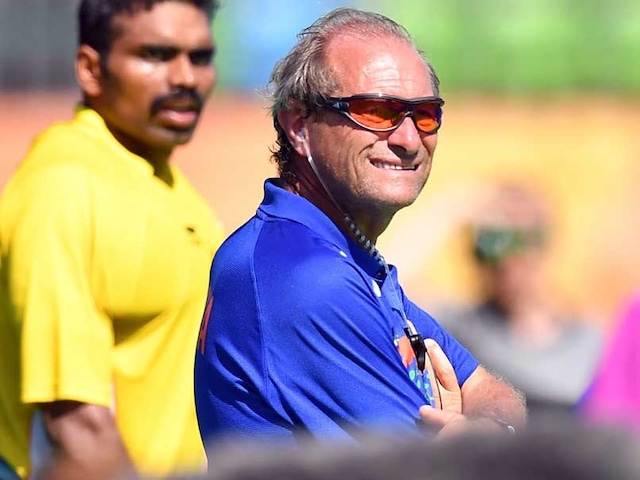 "I was always prepared to be sacked," says Roelant Oltmans after Hockey Indian removed the legendary Dutchman despite a largely successful stint of four-and-a-half years. India has always been a difficult place to work for foreign hockey coaches due to difference of opinion with national federations and bureaucratic hurdles. In the past, renowned coaches like Australian Ric Charlesworth, Spaniard Jose Brasa, Micheal Nobbs, Terry Walsh and Paul van Ass were shown the door unceremoniously even before the completion of their tenures.

Asked whether he came prepared for the tough job when he was appointed as Indian hockey's High Performance Director in 2013, he answered in the affirmative.

"We all (foreigners) know India is not the easiest of countries to work -- especially in the sporting sector because of a host of issues. But in my mind, I was always prepared. When I took up the offer, I knew someday I will be sacked but I was ready for that," Oltmans told PTI in an interview just after his sacking.

The Dutchman, who came to India in 2013 as High Performance Director, however, said he has no regrets and hoped that he has made good roadmap for the team to follow.

"I have no regrets because I know I have left certain legacy for India hockey in the last four-and-a-half-years. The team has made significant progress and I just hope the process which I had set continues in the future," Oltmans said. Oltmans said the day he took up the role he emphasized on the need to set long-term goals for Indian hockey to revive its past glory.

"I my plans from day one was to set long-term goals for India hockey to put the house in order and achieve a level a consistency. I had always said that India need 6 years to to be in the top 3," he said.

"But it seems it's different in India. People want overnight results. But it takes to build a process after a slump. In India it's all about winning a tournament, everyone thinks from the point of view of a fan. It takes time."

"But I never had any disagreement with the authorities here. I had a great time and enjoyed here," Oltmans clarified.

The Dutchman, however, was taken aback with the sudden decision of Hockey India and said it was not in the best interest of the country.

"I don't think it was the right moment to take this decision. We had always set our target for 2017 Asia Cup and winning the Hockey World League Finals."

The Dutchman feels he has set in a system for the Indian men's team to propel in future.

"We had prepared the team for the future. I am 100 per cent confident we will win the Asia Cup and I absolutely feel we can finish on the podium in the HWL Finals, Commonwealth Games and Asian Games provided we have the systems in place," Oltmans said in a caustic tone.

"But you never know because a new coach will come and he will have his own style of play. But I feel the team is heading in the right direction," he signed off.