The Indian team earned their first winning points against arch-rivals Pakistan with a stupendous 4-0 win followed by a spirited 2-1 victory against Argentina. 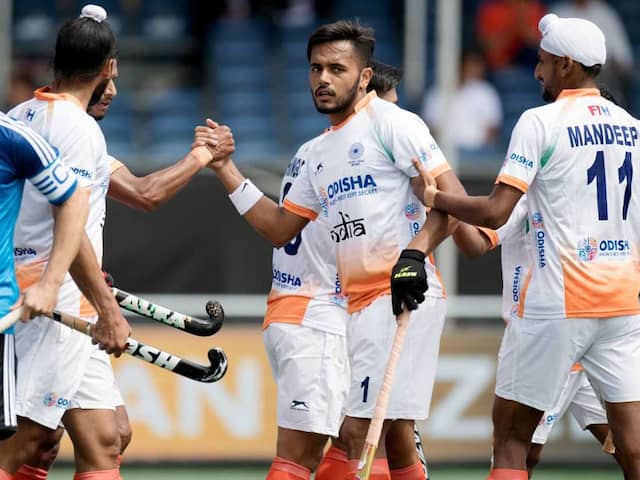 After a sensational start to their campaign at the Men's Hockey Champions Trophy 2018 with two back-to-back victories, the Indian Men's Hockey Team led by skipper PR Sreejesh will take on the formidable World No.1 Australia on Wednesday. The Indian team earned their first winning points against arch-rivals Pakistan with a stupendous 4-0 win followed by a spirited 2-1 victory against Olympic Champions and World No.2 Argentina in a closely fought encounter to find themselves on top of the pool table. In these two matches, the team showed a distinct hunger to win as they played to strategy, exhibiting aggressive yet structured and disciplined hockey. "We made some key changes in how we defend and attack during our preparations for this tournament. I think one of the main elements is that our strikers are willing to take that extra risk in the circle knowing well enough that the defenders will support them if by chance they lose the ball. I think this change in attitude made them play freely in the first two matches and defending well was our priority," expressed Chief Coach Harendra Singh in retrospect.

The defending champions are placed second behind India in the Pool table after having drawn 3-3 against Belgium and won 2-1 against Pakistan. The match against Australia will be followed by a clash against World No. 3 Belgium on Thursday. India needs to come up with something special yet again if they want to see themselves in the final. Harendra's words to his team ahead of the crucial matches is simple, "Continue to show that hunger to win if you want to see yourself in the final."