India won their opening Asian Hockey Champions Trophy match and will look to continue to their winning run when they face Pakistan on Saturday. 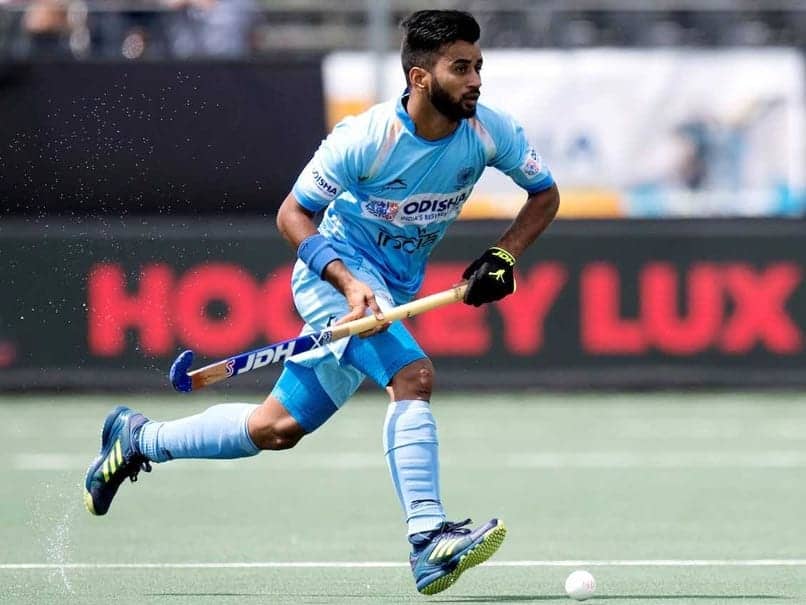 The two countries last played each other in the 2018 Asian Games, where India beat Pakistan 2-1.© AHF

After a resounding 11-0 win over Oman in their opening match of the 2018 Men's Hockey Asian Champions Trophy, defending champions India will be up against arch-rivals Pakistan in their second match of the tournament at the Sultan Qaboos Sports Complex in Muscat on Saturday. In their first round robin match of the tournament, five-times champions India defeated the home team in a one-sided encounter. Captain Manpreet Singh and his team will look to carry forward the momentum in the much-anticipated clash against Pakistan.

Young striker Dilpreet Singh was the star in the tournament opener for India, scoring a hat-trick. Out of the 11 goals that India scored in their first match, five of them came from the penalty corner.

India started the contest slowly with the first quarter ending goalless but they picked up the pace as the game progressed. India coach Harendra Singh expressed happiness over the win but also suggested that work needs to be done in certain areas of the game as they proceed in the competition.

Pakistan, on the other hand, will play their first match of the tournament against South Korea on Friday. Currently ranked 13, Muhammad Rizwan and his team will be looking forward to a winning start ahead of the crucial encounter against India.

The two countries last played each other in the 2018 Asian Games bronze medal match, where India beat Pakistan 2-1.

Earlier in June, India defeated the arch-rivals 4-0 in the Champions Trophy match.

Apart from India and Pakistan, the other teams featuring in the tournament are Asian Games gold medallists Japan, Malaysia, South Korea and hosts Oman.

Comments
Topics mentioned in this article
India Pakistan Hockey
Get the latest updates on IPL 2021, IPL Points Table , IPL Schedule 2021 , live score . Like us on Facebook or follow us on Twitter for more sports updates. You can also download the NDTV Cricket app for Android or iOS.