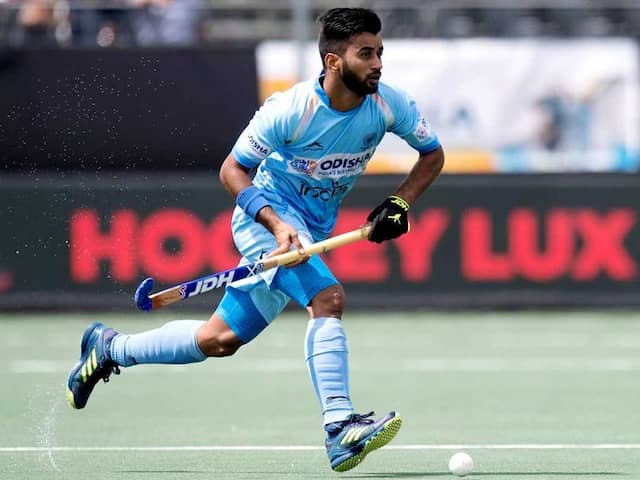 Even as the disappointment of losing to Malaysia in the semi-final of the 18th Asian Games still lingers on in Manpreet Singh's mind, the mid-fielder urged the Indian hockey team to guard against complacency as they prepare for the Asian Champions Trophy starting on October 18. Manpreet, who was named the India skipper for the tournament, conceded that they were "slightly overconfident" of being the continent's number one team during the Asiad but wants his side to avoid such things going in to the Asian Champions Trophy.

In the Asian Champions Trophy too, World No.5 India are the highest ranked side among the participating nations.
"It was a tournament we should have won and the disappointment of losing to Malaysia in the semi-final still haunts us," stated the midfielder.

"At the Asian Games, I think we were slightly overconfident that we are Asia's No.1 team and this complacency is what we need to avoid during the Hero Asian Champions Trophy Muscat 2018 if we want to retain the title. Post the semi-final loss, the team had several meetings to understand where we went wrong and watched the videos from that match numerous times. When we regrouped for the national camp, we told ourselves it's time to move on and we cannot let the past affect our chances at the upcoming two big tournaments," he added.

Over the past three weeks, the Indian team has been put through the grind at the Kalinga Stadium -- the venue for the FIH World Cup next month. Doing well at the Asian Champions Trophy will be integral in their preparations for the mega event on home soil.

The captain stated that the challenging weather conditions in Bhubaneswar will help them acclimatise to the humid playing conditions in Oman.

"The playing conditions in Oman will be similar to Bhubaneswar and we are training hard, sometimes train till late in the night as some of our matches start late in the Asian Champions Trophy."

"Our aim going into the tournament is simple. We play to our potential against every team without taking anyone including Oman lightly. There won't be any room for complacency. We have watched videos of how each of these teams play and we are prepared for the challenge," he added.

India, the defending champions will take on hosts Oman in their tournament opener on October 18 before taking on arch-rivals and previous edition's runners-up Pakistan in their second round robin match on October 20.

The Manpreet Singh-led squad will then play reigning Asian Games champions Japan the next day before facing Malaysia on October 23.

India's final round robin match will be on October 24 against South Korea. The semi-finals will be played on October 27 with the final slated for October 28.