SSP Chawrasia, who won the Hero Indian Open in March, has been named the Hilton Asian Tour Golfer of the Month. 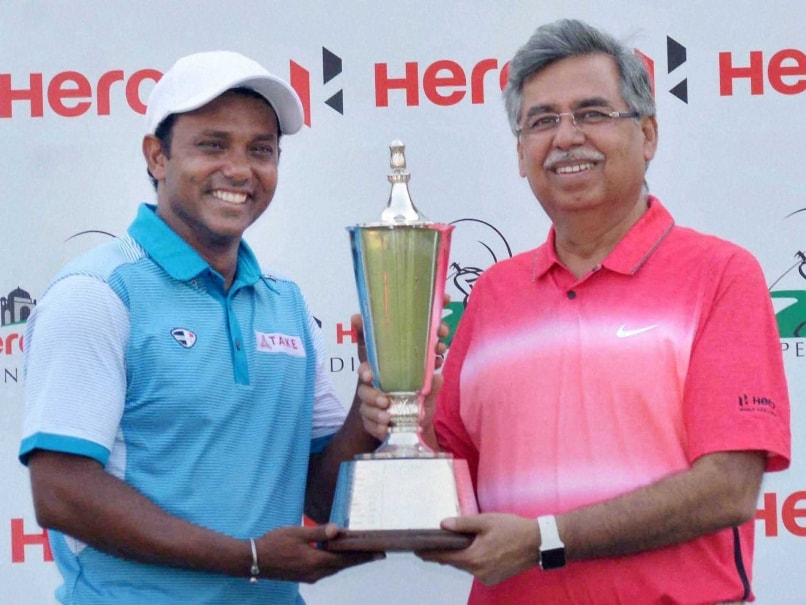 SSP Chawrasia won the Indian Open in March, which was his third Asian Tour title.© PTI

The victory was especially sweet for Chawrasia, who settled for second best on four occasions in the Indian Open before his triumph at the Delhi Golf Club.

The Hilton Asian Tour Golfer of the Month award is one of the partnership initiatives aimed at recognising outstanding efforts of Asian Tour members both at home and abroad.

"I'm delighted to win the Hilton Asian Tour Golfer of the Month. I'm proud to receive this accolade and I would like to thank Hilton and all my fans for voting for me. I'll strive to work even harder and continue to achieve more success this season," said the 37-year-old Chawrasia.

The online voting contest on asiantour.hiltongolf.com to determine the monthly winner, engages golf fans as they vote for their favourite golfer through the Asian Tour's media channels, culminating with fans voting for the Asian Tour Hilton Golfer of the Year at the end of 2016.

Chawrasia won the award ahead of Thailand's Kiradech Aphibarnrat and Scott Hend of Australia where the trio were nominated by a selection panel before going into a voting process.