Shiv Kapur shot a one-over 71 with five birdies and six bogies in his round. He shares the fourth position with Anura Rohana of Sri Lanka, Danthai Boonma and Panuphol Pittayarat (both Thailand) and Joe Kruger of South Africa. 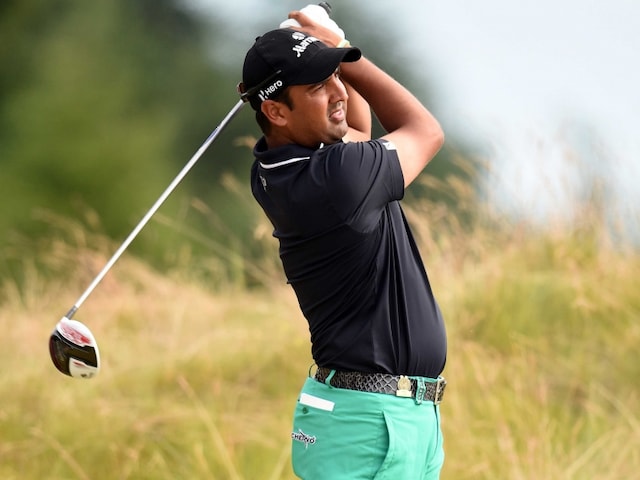 Shiv Kapur was the highest placed Indian at the joint fourth position after the opening round of the World Classic Championship being played at the par-71 Laguna National Golf and Country Club here on Thursday.

Kapur shot a one-over 71 with five birdies and six bogies in his round. He shares the fourth position with Anura Rohana of Sri Lanka, Danthai Boonma and Panuphol Pittayarat (both Thailand) and Joe Kruger of South Africa.

Khalin Joshi and S.S.P. Chawrasia are the next best placed Indians at the $750,000 Asian Tour event as they share the fifth spot with identical scores of 73.

Kapur had a mixed start to his round. He had a birdie on the first hole with bogies on the second, fourth and fifth holes. He recovered with a hattrick of birdies on the sixth, seventh and eighth holes before completing the topsy turvy front nine with another bogey. He picked up one birdie and a couple of bogies on the back nine.

Play was suspended for the day due to darkness but when the sirens went off to signal the suspension of play, only six players, who have completed their round, have broken par at the challenging 6, 935 yards course dubbed 'The Beast'.

Barr was pleased he managed to stay patient as he continues his chase for his maiden win on the Asian Tour.

"It's great to have the local knowledge and I would say it's definitely an advantage. There a bunch of holes through the back-nine which are really difficult and you got to be really patient.

"Just one shot here can change the mood of the day as you can easily walk off with a double or triple. I've experienced that before here and that's why I've learnt to be really patient with myself around here," he said after his round.

Comments
Topics mentioned in this article
Shiv Kapur Golf
Get the latest Cricket news, check out the India cricket schedule, Cricket live score . Like us on Facebook or follow us on Twitter for more sports updates. You can also download the NDTV Cricket app for Android or iOS.