Shiv Kapur Tied 34th After Round 1 of European Open Golf

Shiv Kapur, who is eyeing to retain his European Tour Card for 2016, closed well with a birdie and and a eagle-two. Jeev Milkha SIngh has a rough start. 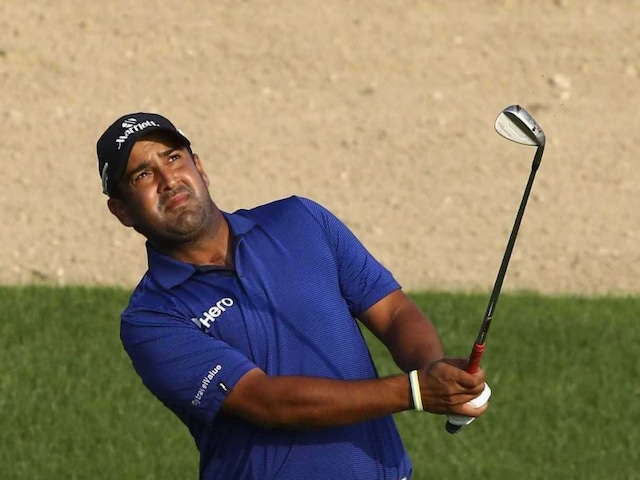 Shiv Kapur closed well with a birdie and a eagle-two in the last four holes to turn in three-under 68 and occupy the tied 34th place at the end of the first round of the Porsche European Open gold tournament here. (Read more golf stories here)

Kapur, who is on the bubble while trying to retain his European Tour card for 2016 season, started on the back nine and opened with birdies on the 10th and 12th holes and then ran through eight pars in a row late last night.

His first bogey came on third and then followed an eagle-two on par-4 sixth. A bogey on seventh and a closing birdie saw him make a decent start of 68.

Meanwhile, Jeev Milkha Singh had a rough start with an even par 71 that had two birdies and two bogeys and will need a good second round to make the weekend action.

At the top rounds of 64 saw Bernd Wiesberger and Benjamin Hebert claim a share of the first round lead. The Alstom Open de France champion Wiesberger carded seven birdies in his flawless opening round, including a vital seven foot putt at the 18th to match the clubhouse target of seven under par set by Hebert.

The Austrian started brightly, making gains at the third, eighth and ninth holes to reach the turn in 32. After picking up another shot at the par five tenth, Wiesberger safely parred the next four holes before successive birdies at the 15th and 16th propelled him up the leaderboard.

The 29-year-old then held his nerve at the last, holing his birdie putt to join Hebert at the top of the pile. The pair sit one shot ahead of Graeme Storm, Richard Bland, Richard Green and Darren Fichardt on six-under.

German legend Bernhard Langer is among the large group, another stroke further back on five-under after mixing two birdies with two bogeys on his front nine before making five gains after the turn.

Hunter Mahan is also on five-under after a round of two very different halves yesterday. The American reached the turn in 36 after carding eight pars and a bogey on the front nine.

Mahan then carded two eagles and two birdies in his next four holes before parring the final five to finish the day on 66.

Comments
Topics mentioned in this article
Shiv Kapur Jeev Milkha Singh Golf
Get the latest Cricket news, check out the India cricket schedule, Cricket live score . Like us on Facebook or follow us on Twitter for more sports updates. You can also download the NDTV Cricket app for Android or iOS.