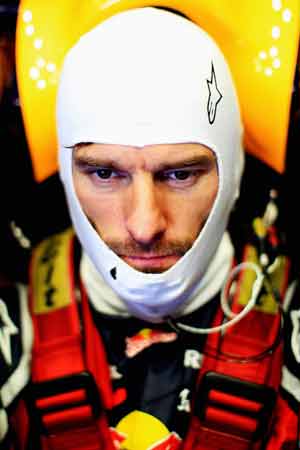 "No and no," Red Bull driver Webber told the BBC when asked whether he was in favour of such measures.

"It can be more exciting when we have some different weather conditions, that does happen. But you just think of Jimmy Clark, Jackie Stewart, (Ayrton) Senna and those guys - masters in the wet.

"Jackie's still here, but the other two would be turning in their graves if they thought we'd have sprinklers and hoses lined up around the track."

"It wouldn't be the most sophisticated way to make the show more entertaining."

Ecclestone had suggested the sprinklers could be switched on with no more than a two-minute warning to ensure suspense.

"My idea is we should make a programme that nobody knows exactly which one is going to be used and it would start at some time during the race. It would effectively be raining," said Ecclestone.

"It would maybe stop and maybe rain again later. Or maybe not. So nobody would know."

Comments
Topics mentioned in this article
Formula 1 Brawn Sepang McLaren Honda Giancarlo Fisichella Lewis Hamilton Mark Webber Bernie Ecclestone Bahrain Grand Prix Karun Chandhok Michael Schumacher
Get the latest updates on ICC T20 Worldcup 2022 and CWG 2022 check out the Schedule, Live Score and Medals Tally. Like us on Facebook or follow us on Twitter for more sports updates. You can also download the NDTV Cricket app for Android or iOS.