Sebastian Vettel and four former Formula One champions on the grid for the first race of the season in Melbourne, this year's delayed championship is expected to be a more open contest. 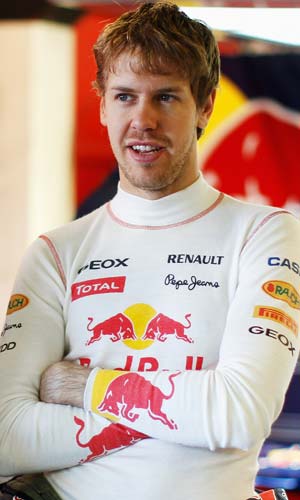 Sebastian Vettel and four former Formula One champions on the grid for the first race of the season in Melbourne, this year's delayed championship is expected to be a more open contest.

Even the supremely confident Vettel has his doubts over his chances.

"How good we are in the end compared to the others has a bigger question mark this season than any other season before," said the German, who drives for Red Bull. "In previous years you had an idea of where you were and where the others were at the end of the test season, but this year it is almost impossible."

Yet it still seems unlikely that Vettel's challengers will be any different to last year.

McLaren drivers Jenson Button and Lewis Hamilton have credentials as former champions, but may not have the cars, while 42-year-old Michael Schumacher is an outside bet to add to his seven titles with Mercedes.

Red Bull and Ferrari, both strongest in recent testing, should dominate again - meaning former champion Fernando Alonso and Red Bull driver Mark Webber are shaping up as the main threats.

Drivers normally already have one race behind them before the Australian Grand Prix, but the Bahrain GP's cancellation has kept the suspense going a little longer, heightened by some erratic testing performances.

The 23-year-old Vettel became the youngest F1 champion last year when he beat Alonso on a pulsating final day by finishing third.

Vettel faces a completely different pressure now, having taken the overall lead only in the final race last year.

"It will be a tough, tough battle and a long, hard fight," Vettel said. "Motivation is not a problem. It's a more difficult situation than last year."

Vettel knows Alonso is desperate to make up for that final-day loss, when clumsy orders in Abu Dhabi derailed the Spaniard's bid for a third title. At 34, Webber's chances of a first title are running out.

They both have another chance, though, given the reliability of Red Bull's RB7 and Ferrari's 150th Italia in testing.

But it could be a frustrating season for 2009 champion Button and 2008 winner Hamilton if McLaren's patchy form in testing is not ironed out.

Hamilton said they could be struggling in the early races.

McLaren had a tough time testing in Barcelona, with problems slowing and turning on the new Pirelli tires, and with moveable rear wing complications.

"In terms of how long we can go in terms of reliability and our true pace, that's an unknown factor," Hamilton said.

That is in stark contrast to the Red Bulls and Ferraris, quicker on single-lap pace and surer over longer runs.

"I think we go into the season well prepared," Vettel said. "Is it enough compared to our competitors? I think the first race will be extremely interesting, not only for mapping a pecking order but also in respect of the new tires, KERS and the moveable rear wings."

Red Bull has sent out a strong message by tying down both Vettel and designer Adrian Newey to contracts until 2014. But team harmony could again be an issue. Relations were strained between Webber and Vettel last year - although that did not stop Red Bull from winning the constructors title.

"We all learned from that. I know I certainly did," Webber said.

Among several changes from FIA, the tire change from Bridgestone to Pirelli is the most glaring.

The softer Pirellis lead to quicker degradation, more pit stops and, potentially more chaos as leads change hands regularly and teams take risks over pit strategy - something Alonso will not need reminding of.

"Being drivers as sensitive as Formula One drivers are, we feel the differences," Schumacher said.

The adjustable rear wing is set by the push of a button from inside the cockpit, which lowers a flap and increases straight-line speed. Transponders placed around the circuit let the FIA decide when and where a driver can use the technology.

Fans at Albert Park in Melbourne should get some spectacular action on March 27.

"We will definitely stop more often," Vettel said. "Probably every five to 20 laps, so this will have a huge impact on how the race unfolds."

Comments
Topics mentioned in this article
Brawn Honda Giancarlo Fisichella Lewis Hamilton Sepang McLaren Formula 1 Michael Schumacher Bahrain Grand Prix Karun Chandhok
Get the latest updates on ICC T20 Worldcup 2022 and CWG 2022 check out the Schedule, Live Score and Medals Tally. Like us on Facebook or follow us on Twitter for more sports updates. You can also download the NDTV Cricket app for Android or iOS.