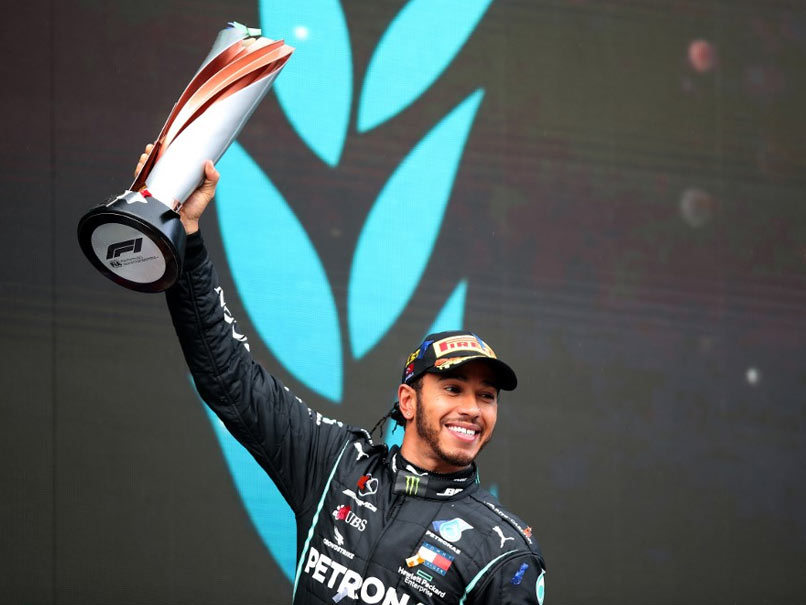 Lewis Hamilton secured a record-equalling seventh Formula One world title on Sunday after winning the Turkish Grand Prix and then warned pretenders to his crown "I'm only just getting started!" After a momentous drive from sixth on the grid, the Briton matched Michael Schumacher's haul of drivers' crowns with three races of the season remaining. The 35-year-old sealed his latest title 12 years after his first with a typically measured masterclass, handling treacherous wet early conditions to claim his 94th career win.

It was widely declared as one of his finest triumphs and entirely appropriate on the day he drew alongside the legendary German in the record books.

"That's for all the kids out there that believe in the impossible," said an emotional Hamilton on Mercedes' team radio. "You can do it."

Hamilton admitted he found it difficult to express his feelings afterwards. "I'm definitely a bit lost for words," he said.

"Naturally, I have to start by saying a huge thank you to the guys here and the guys at the factory. The journey we've been on is monumental. I want to also thank 'Team LH' for sticking with me, and my family."

Hamilton, who sealed his first title in 2008, added to his unprecedented roster of records -- most wins with 94, most pole positions (97), most podium finishes (163) and most consecutive points finishes (47).

He added: "We dreamed of this when I was young.

"I remember watching Michael win those world championships. To get one or two or even three is so hard.

"Seven is unimaginable. There is no end to what we can do together, me and this team.

"I feel like I'm only just getting started. Physically, I'm in great shape."

He lapped his team-mate and only remaining title rival Valtteri Bottas, who finished 14th after a desultory outing, to claim his 10th victory in 14 races of a season delayed by the coronavirus pandemic.

Hamilton came home over half a minute clear of Racing Point's Sergio Perez. Both chose to make only one pit-stop and spent most of the race on a single set of intermediate tyres as their rivals pitted several times to cope with the slippery conditions.

Alex Albon came home seventh in the second Red Bull ahead of Lando Norris in the second McLaren, Lance Stroll, who had started from his maiden pole position for Racing Point, and Daniel Ricciardo of Renault.

This latest triumph gave Hamilton an unassailable lead over Bottas, with two races in Bahrain and the season-closing Abu Dhabi Grand Prix to come.

Vettel, who grabbed a podium finish on the final lap, was the first man to congratulate Hamilton in the pits, leaning into the Englishman's cockpit to tell him he had made history.

Sebastian Vettel Turkish Grand Prix Formula 1
Get the latest updates on ICC T20 Worldcup 2022 and CWG 2022 check out the Schedule, Live Score and Medals Tally. Like us on Facebook or follow us on Twitter for more sports updates. You can also download the NDTV Cricket app for Android or iOS.